Two Police Spokesmen refused to email the Police Report to 721news, and when the Prosecutor’s Office sent out a joint press release, they also refused to send our media house a copy.

We are tired of playing this cat and mouse game. We are bringing this to light because such actions hampers our service from bringing the news – as it breaks – to our readers.

With or without the KPSM Police Report we are, and will remain the most reliable news organization on social media, and via our phone news-network system.

We decided to publish this to expose the discrimination that is being levelled against 721news.com /721news.tv. We are the target of these two KPSM spokesman, and they are disrespecting the relationship that we have with the Prosecutor’s Office by dragging them into this discrimination tactic they are using.

We cannot allow a respectful body like the Public Prosecutor’s Office, who has to defend the public against people who discriminate against each other, on international level, and within the Dutch Kingdom to allow such discrimination. Then their organization is no better than the criminal.

This violates the rights that we have based on the constitution of our country and our Kingdom. If you allow this to happen, this means that you are part of the tactic that is being used.

Publicly, we are urging the Minister of Justice, the Chief Commissioner of Police and the Chief Public Prosecutor to explain to KPSM’s PR Department that they are in violation of the rights (constitution of St Maarten and Dutch Kingdom) of our news organization, and this is punishable by law.

If a news item is issued to all media houses on St. Maarten and overseas, why exempt 721news from the list?

If the two KPSM spokesmen have an issue with our media house, don’t drag the Prosecutor’s Office in it, because – yes – they send us Press Releases, and – yes – they take our interviews.

So far, they have never disrespected us by discriminating. So please, a JOINT Press Release means send it to all or send it to none!

Thank you and just for your information: We do respect the KPSM spokesmen. When we do use his statements or interviews, which he gives to other news media houses, we acknowledge him by name and we do use his photograph. Regardless, he did not speak with us, but the information came from him. So we do give him the respect.

721news.com or 721news.tv TEAM.
“If the news is not from the Paparazzi, then the news may not be reliable.” 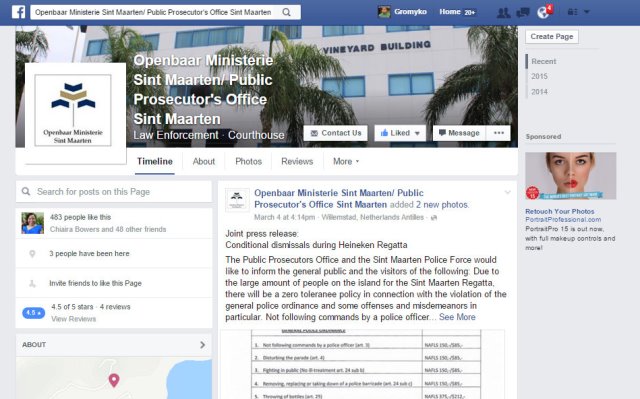 Was this press release issued to all media houses based in St. Maarten? The Public Prosecutor’s doesn’t have to acknowledge the discrimination act of KPSM, who discriminated against our media house.

However, 721news has complained verbally to the Chief Prosecutor Mr. Tom Maan and also to Ms. Karola van Nie, who is spokesperson for the Prosecutor’s Office.

721news is wondering if discrimination in our country is a crime? We do receive press releases from the Prosecutor’s Office and the Government of St. Maarten, so why is it the two KPSM Spokesmen aren’t following the same route? Hmmm??

It’s clear enough that they are discriminating against our news media house, and they are involving the most respectful body in this country in their discrimination act.

It’s a pity to see how low grown men can go the moment they have a little power, to show they are in control.

I hope Mr. Tom Maan, in his capacity as Chief Prosecutor, can bring an end to this discrimination against our news media house…. It’s a crime to discrimination within Sint Maarten and Dutch Kingdom criminal law and is more serious because is the investigating body (Korps Politie Sint Maarten) is the one who busy violating it !!!!!

721news.com is the most reliable news source on social media and BBM/Whatsapp.

Our readers trust in our news, reason why our motto clearly says: “If the news is not from The Real Paparazzi, then the news may not be reliable!” 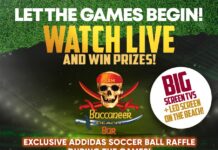