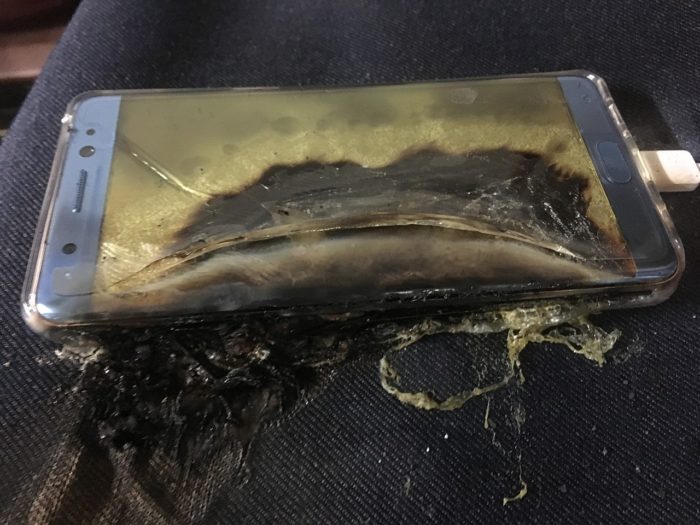 WASHINGTON, Oct 14 2016 – Samsung Galaxy Note 7 phones will be banned from all airline flights after nearly 100 incidents of the devices overheating and sometimes injuring owners, the Transportation Department announced Friday.

The Federal Aviation Administration previously urged travellers not to turn on the phones, pack them in checked luggage or charge them during a flight. The new ban is effective at noon Saturday, Transportation Secretary Anthony Foxx said.

“We recognize that banning these phones from airlines will inconvenience some passengers, but the safety of all those aboard an aircraft must take priority,” Foxx said. “We are taking this additional step because even one fire incident inflight poses a high risk of severe personal injury and puts many lives at risk.”

The South Korea-based Samsung said it is working to communicate the ban to travellers. The company announced Monday it was halting production of the device after some updated versions of the phones continued to overheat, following a recall of the first version.

“We have encouraged airlines to issue similar communications directly to their passengers,” the company said in a statement Friday. “We realize this is an inconvenience but your safety has to remain our top priority.”

The company estimates the recalls will cost it $5.3 billion.

Elliot Kaye, chairman of the Consumer Product Safety Commission, which is investigating the phone, said consumers should take advantage of opportunities for a refund on the recalled devices.

Samsung has received 96 U.S. reports of batteries in the devices overheating, including 23 new reports since the Sept. 15 recall, according to the commission. Samsung also has received 13 reports of burns and 47 reports of property damage associated with the phones.

“The fire hazard with the original Note 7 and with the replacement Note 7 is simply too great for anyone to risk it and not respond to this official recall,” Kaye said.

The flight ban means the Samsung Galaxy Note 7 is now considered a forbidden hazardous material under the Federal Hazardous Material Regulations, which block airline passengers or crew from traveling with lithium cells or batteries or portable electronic devices that are likely to generate a dangerous amount of heat.

If passengers attempt to travel by air with the devices, the phones can be confiscated and travellers fined, according to the department.

If an airline representative observes a traveller with the device before boarding a flight, the airline must deny boarding to the passenger until the phone is discarded, the department said.

If a flight crew member identifies that a passenger is in possession of the device in flight, the crew member must instruct the passenger to power off the device, not use or charge the device while aboard the aircraft and disable any features that may turn on the device, such as alarm clocks, the department said.

Some airlines had already begun bolstering training and equipment for dealing with electronics fires during flights. A Samsung phone smoked and popped during boarding of a Southwest Airlines flight Oct. 5, forcing the evacuation of passengers without any injuries.