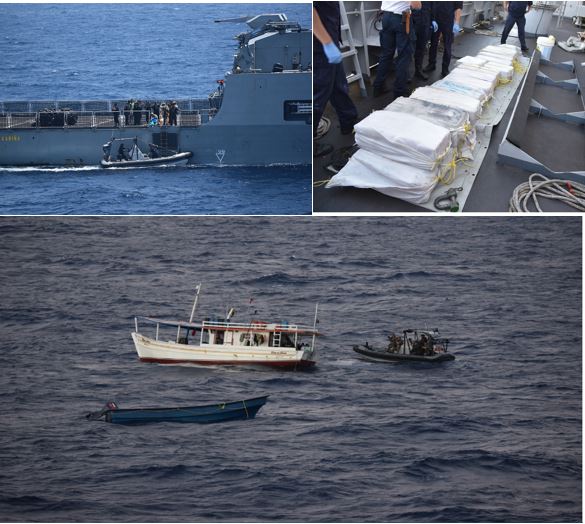 A few days after the interception of 400 kg marihuana earlier this week, HNLMS de Zeven Provincien did a second interception of 600 kg cocaine. This time, two Venezuelan fishing boats north of the mainland were involved.

It was the patrol aircraft of the Dutch Caribbean Coast Guard that spotted the fishing boat. There was another fishing boat in the vicinity. HNLMS de Zeven Provincien approached the two ships for inspection. They appeared to have the Venezuelan nationality.

Just before sunrise, the Dutch Navy ship surprised both fishing boats with the Belgian helicopter that is stationed on board. As soon as both ship and helicopter were spotted, the crew of the fishing boat started to throw packages over board. Almost all the packages were recovered from the sea by the crew of HNLMS De Zeven Provincien.