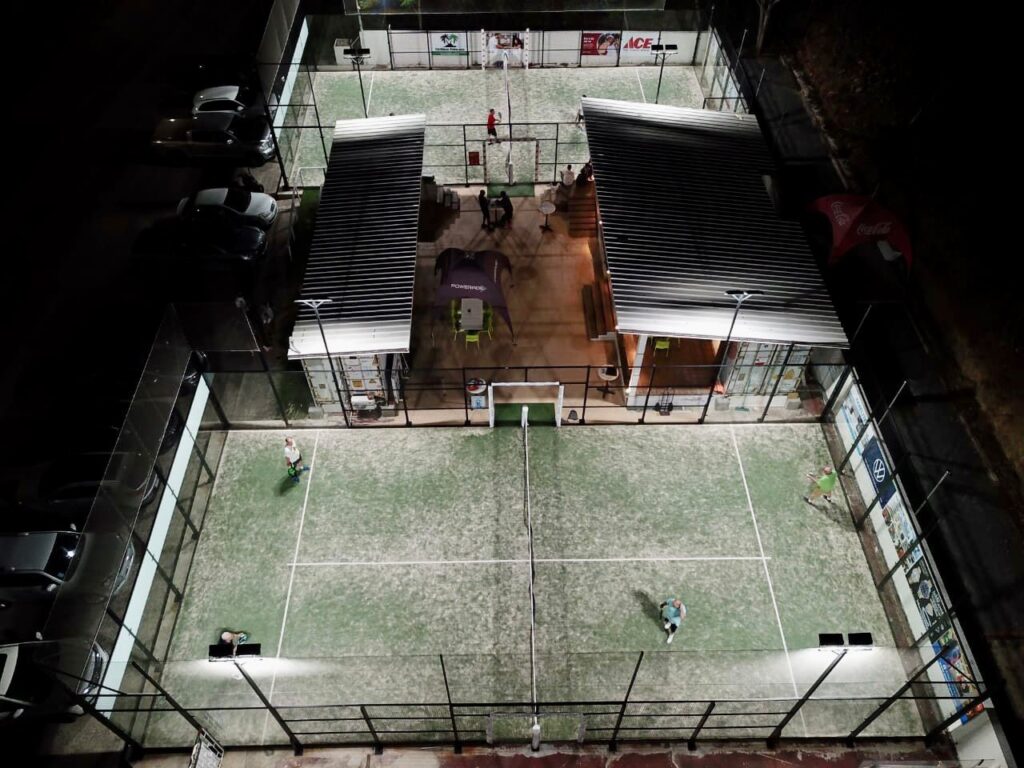 Given the large number of teams participating in this exciting tournament, matches will we be played at both the SXM Padel Club and also at the recently inaugurated tournament court located at the Belair Fitness Center.

Thanks to the availability of flights from Panama to St. Maarten via Copa Airlines, the main sponsor of the event, many teams from South America are able to attend this truly international event, already demonstrating a great achievement.  Mr. Roque Roasio, founder of the International Senior Padel Tour (ISPT) explains that “many were incredulous when I suggested St. Maarten as the closing venue for the ISPT tour of 2022; but the response from so many teams locally and from abroad has already shown the success of the event!  We can only imagine what the 2023 edition will look like.”  Displaying typical St. Maarten inclusion and diversity, players of all levels from amateur to former professionals, from the following countries, will be participating: Argentina, Brazil, Chile, Colombia, Cuba, Curacao, Ecuador, France, Guadeloupe, Martinique, Netherlands, Panama, Puerto Rico, Sint Maarten, Spain, Suriname, United States, Uruguay, and Venezuela.

As of today, the number of teams registered per age category is as follows: 20 teams in the 35+ years category, 7 teams @ 45+ years, 6 teams @ 55+ years, and 10 female teams (all ages). For each category (except females), one of the players of the pair may not be younger than the category they choose.  For example, a team can be composed of two players who are 35 years or older to compete in the 35+ category, and the same applies for the other categories and their corresponding age levels.  Alternatively, older players certainly can choose to play in any of the younger age categories.

The rules of the tournament are as follows: each match will consist of 2 sets using the Golden Point system (explained below).  In the event of split sets, the teams shall play a 10-point tie-breaker and the winner of the tie-breaker wins the match.  The Golden Point occurs when the score reaches deuce during any game.  The team that wins the next point wins the game; and the receiving team chooses whether to receive the serve on the right or the left side of the court.

The tournament finals will be held at the SXM Padel Club opposite the Belair Beach hotel this Sunday December 4th beginning at 5 pm.  Admission is free, and food and refreshments will be available for sale throughout the event.  We encourage St. Maarten residents and visitors to stop by and watch the matches throughout the entire tournament at both locations. In addition, since many of the players and spectators are diehard fans of the Qatar World Cup, the games will be shown throughout the day.  “We are so proud to host this event at SXM Padel Club and to experience how the residents of the island have embraced padel tennis so enthusiastically in such a short period of time.

Additionally, we already see how padel tennis aiding is in the development of sports tourism for St. Maarten, which always has been a goal for us,” said Ricardo Perez, Managing Director of SXM Padel Club.  The support of the sponsors Copa Airlines (main sponsor), Oyster Bay Beach Resort, Prime Distributors, Powerade, Dollar/Thrifty, SXM-Talks.com and Imagen Graphics is vital for the success of events like this tournament.

Padel Tennis originally was invented in Mexico in 1969.  It is a sport intended to be fun, adapted from tennis and with a similar scoring system. The Padel court is smaller than a standard tennis court and is surrounded by walls made from 10-12 millimeters tempered glass, which also play an important role in the game.  Padel tennis not only is an entertaining and social sport, but it also has many positive impacts on health and is an exceptionally exciting competition for spectators to watch. As a result of these and so many other benefits, Padel tennis has become one of the fastest growing sports in the world.

SXM Padel Group, the developer of the SXM Padel Club, opened the doors to the club last December 2021, with a fully stocked pro-shop, ping-pong tables and petanque courts.  In addition, this past October it developed two additional courts for the Belair Fitness Center.  One of these courts at Belair is a singles court, the first of its kind in the Caribbean.  St. Maarten/St. Martin now hosts a total five Padel Tennis courts, equivalent to Martinique, establishing the island as an important, central Padel tennis destination.  “With many other Padel tennis courts in the pipeline for St. Maarten/St. Martin, the island soon will be known as a the preferred Padel tennis destination in the region.  Developing the sport contributes to the diversification goal of the tourism product on the island,” said Ricardo Perez, Managing Director of SXM Padel Group.