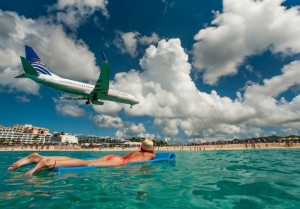 The Caribbean is projecting more than 30 million tourist arrivals this year, however arrival figures for St. Maarten, especially cruise arrivals, are down.

“The Caribbean could be close to breaking a record.

The Caribbean Tourism Organization is projecting that tourist arrivals to the region will exceed 30 million for the first time ever this year.

That would follow a record 28.7 million tourist arrivals to the region in 2015.

Tourist arrivals to the region were up by 7.3 percent in the first quarter.

“This performance was buttressed by lower oil prices and the strong US dollar, which increased the appeal of the region to potential visitors. The many air service agreements ensured that the region had adequate seats to facilitate the flow of travellers to and within the region,” said Richard Sealy, current chairman of the CTO.

The above should prove for the St. Maarten Tourist Authority (STA) to hit the ground running as soon as possible in order to restore SXM’s position as a top destination in the Caribbean and revive economic growth.