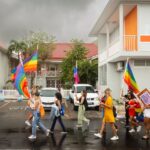 MARIGOT: As part of the World Day Against Homophobia, Transphobia and Biphobia, initially celebrated on May 17th, a march was organized by SAFE and the association AIDES under a threatening rainy sky that did not dampen the spirits of the participants.

With more than 120,000 people at the last Gay Pride in Brussels and hundreds of thousands expected during the LGBT+ demonstrations that will take place in the major cities of France in June, the territory of Saint Martin counts its number of activists, rightly and very proudly. After a first LGBT+ march three years ago under the impulse of the association AIDES, spearhead of the movement, the second one in 2021 gathered more than 70 people, young people, adults, high school students, parents, activists, sympathizers; all the attractions of a diversity that can represent the beautiful LGBT+ community.

This year’s theme “My Body, MyChoice, MyRights” echoed the latest news related to the possible revocation of abortion rights in the United States. Not to be confused with sexual orientation, which is not a choice and is often a source of great suffering. Homophobia is the first cause of suicide among young people, as explained by Ivan Puig-Otero, co-founding member of SAFE: “homophobia is a reality that plagues the Caribbean, if mentalities have evolved in metropolitan France, there is still a lot of work to be done here in order to relax this shame that has no reason to be.

The procession of the third LGBT+ demonstration started from Concordia, gathering about thirty marchers around the same cause, to fight against prejudices, discriminations and violence faced by homosexuals but also transexuals and people living with HIV. Claiming rights for some does not imply taking rights away from others, the organizers of the march advocate a message around inclusion, visibility and representation of diversity. A student from Robert Weinum High School recently won the citizenship award with her poem “What would I do for the LGBT+ community if I were elected?” Thanks to its partners, the City Policy, the CAF and the Collectivité, SAFE, along with the association AIDES and all the activists, will continue to move the borders so that all members of the LGBT+ community feel free to live without labels or judgments, and in security in a society that, “friendlyisland” obliges, has the duty to participate. 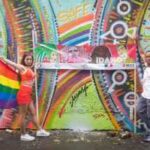 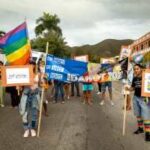 The post Third LGBT+ demonstration in the streets of Marigot appeared first on Faxinfo. 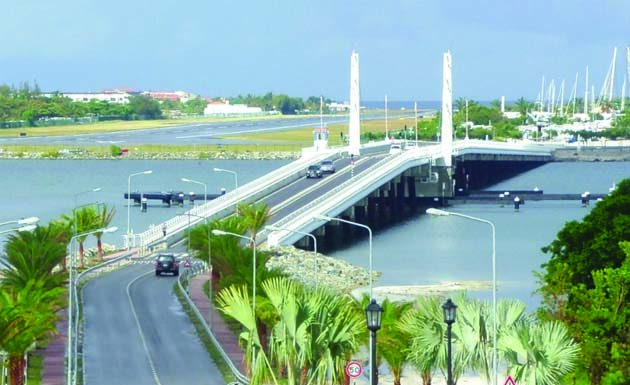 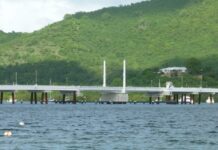 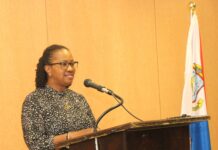