SINT MAARTEN (POND ISLAND) – Independent Member of Parliament Christophe Emmanuel has taken note that Prime Minister Silveria Jacobs and her government, along with Dutch technocrats, have effectively sidelined the Parliament of St. Maarten and are moving full-speed ahead with country reforms without a legal basis to do so. He also added that State Secretary Knops finally admitted that the World Bank was wrong for St. Maarten.

The legislation for the COHO (Caribbean Organization for Reforms and Development), Emmanuel said, has not been debated and as such not passed. In the meantime press reports indicate that the Prime Minister and her government as well as civil servants, are meeting with the two Dutch technocrats appointed to St. Maarten by State Secretary Knops, who together form the Temporary Working Organization (TWO) of the BZK, awaiting the legal establishment of the COHO.

The MP said the aforementioned parties are moving ahead at a “break-neck” pace, trying to meet deadlines imposed by Knops, at the expense of the role of Parliament in the country. “What it clearly shows is that when the MPs gave the PM the permission to go ahead and sign for the COHO, the Dutch took that as a signal that the PM has full support for everything. Despite MPs stating that their permission was not a green light for everything else, that is exactly what their support is turning out to be. Because once the PM received majority support, the Dutch assumed that the same support will be there for the legislation. In other words, the same rubberstamps. I warned my colleagues about this,” Emmanuel said.

In fact, according to a government press release, Ministers have gone as far as already highlighting areas of importance for which work and collaboration are immediately needed. “Parliament has not been informed what these areas are and why they were specifically chosen. We don’t know how they will affect the people or if they are contrary to existing legislation,” MP Emmanuel said.

MP Emmanuel reminded the general public and his colleagues that the green light that MP’s gave to the PM to sign for the COHO placed St. Maarten in an impossible position when it comes to objecting to any reforms the Dutch want to see put in place by the independent COHO. He explained that “Knops and his COHO” are moving ahead without care because of the articles on the COHO legislation that stipulates the consequences of non-cooperation or getting a reform initiative done in time.

“Funding will be immediately cut off. So they don’t care what Parliament says. And this attitude is being accommodated by the PM and by extension all MPs who gave her the go-ahead to sign,” the MP said. He added that Knops exuded confidence in the speed of the reforms while throwing the World Bank under the bus during his recently held press conference. The same World Bank, Emmanuel said, that was chosen by the Dutch, has stagnated real development on St. Maarten for three years and which has received universal critique of being an ill-chosen entity for the St. Maarten Trust Fund ect.

State Secretary Knops said, and I quote, ‘The COHO is not the World Bank and it has to deliver results. I want to see results because I am not a pencil pusher I am a man of action.’ So he admitted that the World Bank is not result-oriented and slow to the task. That is an indictment of the World Bank and an incredible comparison after three years of nothing from the World Bank on St. Maarten, initiated by the Dutch. Today the Prime Minister is the driver of a fast moving car trying to make ambitious deadlines while being guided by the same person who left her people to suffer under ineffective World Bank policies, and ignoring Parliament in the process,” the MP said.

“Let’s face facts, the World Bank as not meant to work. The World Bank was used as the vessel to ensure that there was limited to no progress in the reconstruction of the island. It was a way to keep the island on a string of dependency. Which has now been compounded by the pandemic, and the rest is history,” the MP said.

Emmanuel said he will be requesting a few meetings this week and he hopes to get the support of MPs at this very crucial time for St. Maarten and its people. 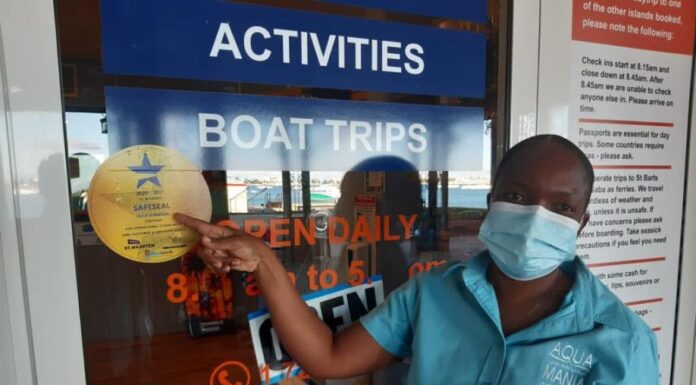 January 15, 2021
0
SINT MAARTEN (PHILIPSBURG) – This Friday, all-round nautical activities provider Aquamania received a Gold SafeSeal recognition of best practices in protecting its customers against COVID19. SafeSeal is an immediately recognizable emblem for companies that are verified that they adhere to...
Read more 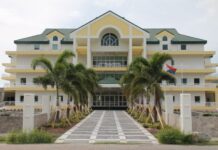 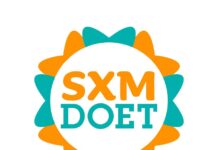