SINT MAARTEN (PHILIPSBURG) - Independent Member of Parliament (MP) Christophe Emmanuel on Wednesday said his concerns have been validated when it was announced that the new hospital project is out of money. He once gain immediately called on the Minister of VSA to finally conduct a real investigation into how and where US $100 million disappeared, and to stop letting the contractor make a fool out of local leadership.

The MP also pointed to the incompetence of the World Bank, the Trust Fund Steering Committee and the NRPB and its director Claret Connor as once again dropping the ball on a major project years in the making, with no results to show. “This is an embarrassing puppet show of incompetence on display,” he stressed.

MP Emmanuel was reacting to a press release issued by the St. Maarten Medical Center Foundation announcing that the new project construction is delayed due to international developments. The SMMC states in its press release verbatim: “As a lingering result of the pandemic, there have been delays in purchasing and shipping materials and steep increases in the prices of construction materials. These challenges make it unrealistic to build the hospital at the original price and by the original due date. The result of these discussions might be an increase of the overall SMGH construction budget caused by external factors that are beyond our control. Therefore, SMMC has started discussions to look into additional financing possibilities with the relevant stakeholders”

“Translation: Money done! Am I fear-mongering now?” the MP rhetorically asked, while pointing out that it is “downright impossible that all the money was spent on the pouring of a concrete foundation. That has to be the most expensive foundation in history.”

In 2018 the hospital signed a loan with a group of lenders and financial institutions in St. Maarten and Curaçao for $75 million. The World Bank is providing the hospital with a grant of $25 million from the Dutch trust fund set up after Hurricane Irma.

“For almost year I, along with MP Claudius Buncamper, have pointed out that there is something amiss at the hospital project. People weren’t getting paid on time, deadlines missed, FINSO having financial issues, no man-power at the work site and a reported mis-appropriation of funds from the project that has yet to be confirmed or denied by SMMC or the government,” MP Emmanuel said.

“There is always flimsy excuse at every juncture, including from the government. I even warned the current Minister of VSA not to believe what they are telling him and to investigate the project, in particular the financial aspects. Two weeks ago the Minister visited the site and said he would hold contractor FINSO and others accountable. Will they be held accountable now and how? And who will be held accountable? Will Emil Lee be held accountable for saddling the country with INSO now FINSO?”

The MP pointed out that several other projects on the island and in the surrounding islands has continued uninterrupted despite the pandemic. He said only on St. Maarten has two major projects run into financial issues in the millions.

“First the airport is now up to 150 million and now SMMC can’t even get past the pouring of the foundation and 100 million is gone. Mind you, not even the foundation is finished because the last pour of the main building was scheduled for the end of July 2022. Severe budget overruns seems to be the norm on St. Maarten projects with zero accountability being demanded by the government, who then could be seen as complicit in these debacles,” MP Emmanuel said.

Besides the government, he went on to question the silence of the World Bank, the Steering Committee for the trust fund? and the NRPB in particular its Director Claret Connor? “Where is the oversight of these projects? Where are the explanations based in facts and evidence? Where is the World Bank who always touts its strict financial disciplines and protocols? Why do we only hear from Claret Connor when he is posing in a picture giving the airport another 20 million just so and without proper explanation? All of these entities have dropped the ball once again on yet another major project. The same projects they boast about when it’s convenient,” the MP said.

He continued: “The press release from SMMC has opened up a Pandora’s box of questions that must be answered. How much more money will the project need from lenders and the government? Is the government in a position to provide additional funding? Can the project continue in the meantime? Does “delay” mean all work halts? Have lenders been informed, when and what were the responses? Did government know? How healthy is FINSO financially? If 100 million has been spent thus far on just preparation work and a concrete foundation, how much is it going to take to complete the entire project? Will someone finally answer the question about the missing money and how much that was? Or am I fear-mongering again?” the MP concluded.

May 18, 2022
0
SINT MAARTEN (PHILIPSBURG) - Though signs of recovery from the pandemic crisis seem visible in today’s published occupancy rates for April, the St Maarten... 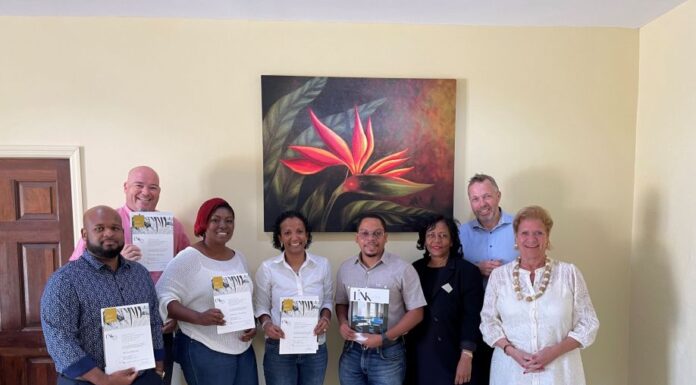 May 18, 2022
0
PORT ST. MAARTEN – A number of senior and mid-level management officials at the Port St. Maarten Group (PSG) received their certificates after recently attending a planned three-day Corporate Governance training that was given by crmLiNK from the Netherlands. Port...
Read more

May 18, 2022
0
PORT ST. MAARTEN – A number of senior and mid-level management officials at the Port St. Maarten Group (PSG) received their certificates after recently... 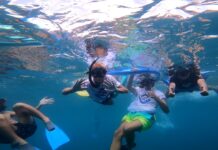 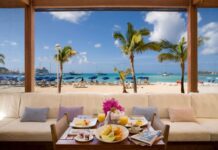 May 17, 2022
0
SINT MAARTEN (PHILIPSBURG) - One of Sint Maarten’s finest beach hotels, “Holland House”, has been again recognized by TripAdvisor as a Travelers’ Choice award...

May 17, 2022
0
SINT MAARTEN (PHILIPSBURG) - One of Sint Maarten’s finest beach hotels, “Holland House”, has been again recognized by TripAdvisor as a Travelers’ Choice award...

May 17, 2022
0
SINT MAARTEN (GREAT BAY, (DCOMM) – The Office of Disaster Management which falls under the Fire Department (Ministry of General Affairs) headed by Fire...

WITU submits a petition for payment of Vacation Allowance 2022 |...

Royal Caribbean Group to Finance the Reconstruction of Philipsburg Marketplace |...

Sarah Foresees no Quick Solution for the High Cost of Fuel...