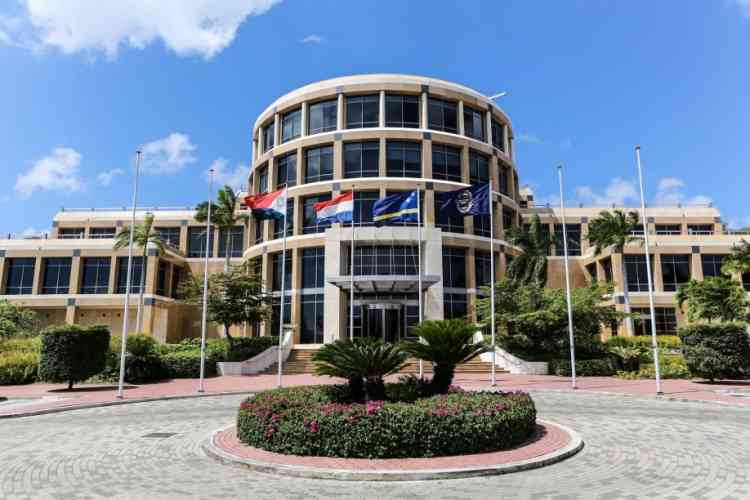 SINT MAARTEN (PHILIPSBURG) – Ambassador Hushang Ansary and attorney Richard Gibson are accusing former Interim President of the Central Bank of Curaçao and St. Maarten (CBCS) Jose Jardim of acting in bad faith and laid critical accusations against him in the ongoing Ennia saga.

In a leaked document from a trusted and well-informed source, Gibson and Ansary have directed a letter to Jardim in response to the latter’s request for a zoom meeting to possibly resolve the Ennia issue on Wednesday, September 16.

If the intention towards a resolution are serious the letter reads, then Gibson and Ansary are both interested. However, “it is hard for us to understand your real reasons for private meetings and zoom calls at the same time as you take action against certain US-shareholders and certain management members in connection with legitimate expenditures dating back as far as 11 years ago, against which extraordinary profits by the very same US-shareholders for the privately owned entity. Nothing to do with an agreement between this entity and Ennia Leven which made it possible for Ennia Leven to meet its obligations to its policy holders on a timely basis at all times.”

Additionally, Ansary and Gibson reminded Jardim that he continues to repeat publicly the same false accusation claiming that US shareholders of Ennia had moved a total of US 400 million from the company to bank accounts of their own.

“This was categorically denied by us at the meeting (on February 1, 2020 in Florida with Jardim) but we added that for this amount to be transferred out of Ennia bank accounts it would be necessary for two Managing Directors of Ennia with signature authority to have sent wire transfer instructions,” the letter to Jardim reads.

Ansary and Gibson further reminded Jardim that they asked him to present documentation to substantiate his claims and that he, Jardim, made the commitment to deliver such evidence to Gibson within one week from that date of February 1. Jardim has since never produced this evidence despite an additional one week being granted to do such. “In the many months that have passed, Richard has received nothing from you and no explanation. Very surprisingly, you (Jardim) once again repeated this accusation to the media in Curacao shortly after the zoom call you requested on August 21, 2020.”

Jardim is being told in the letter from Gibson and Ansary that he (Jardim) is on record during the emergency rule proceedings and subsequently the media for having said that Ennia was “financially sound” and that the restructuring would take about 6 months and received the court’s approval of your budget in the amount of Naf 500,000.

“Today, over two years later, millions of dollars have been squandered from the hard earned money made by shareholders in the United States, not a penny of which should have been wasted because of the fact that the restructuring has already been verbally agreed upon with you before you moved unexpectedly to take all the companies, regulated and privately owned by US citizens, without even a courtesy notice to US shareholders to be present at the court,” the letter reads.

“In addition, many millions of dollars of financial asset value appear to have been lost under your supervision over and above which we must regretfully include in the loss of market share at Ennia, purely as a result of rumor mongering and negative allegations.”

Ansary and Gibson re-iterated that the Ennia Group of companies during its entire existence has never been as strong financially as it was when the emergency rule was declared at Jardim’s request. “What is the definition of an emergency and how did that exist when you imposed the law and with what has the emergency now been placed by under your supervision in the last two years? For the record, if the highly negative conditions following your imposition of the emergency rule continue at this pace, the downfall will inevitably accelerate beyond control and the negative outcome will be far reaching. The day of reckoning will then arrive: what was taken delivery of and what will be there to be returned to the shareholders.”

Gibson and Ansary chided Jardim as being disingenuous and acting in bad faith. “Those who show interest in private meetings between parties for the purpose of resolving their differences are assumed to be generally motivated by a strong desire to achieve positive results outside the formal and rigid environment of a court of law. If this is what is intended by the private meetings you have initiated and we have welcomed in principle, everything that you have been doing is the exact opposite of what is intended as the critical objectives of private meetings. How can what has happened so far between us be encouraging in the context of that objective.”

Nevertheless, Ansary and Gibson concluded their letter by stating that they are still interested in participating in a Zoom call on Wednesday if there are serious intentions on Jardim’s part to resolve the issue to mutual satisfaction. (Submitted)