SINT MAARTEN (PHILIPSBURG) – Leader of the People’s Progressive Alliance (PPA) Gracita Arrindell in a press statement on Sunday said: “A new political party was launched on the Constitutional Day October 10th, 2021. Regular Parliament elections are slated for 2024. The past, recent, and future shifts in our political arena demands a more active agenda of the Electoral reform ad- hoc committee comprising ten (10) of the fifteen (15) members of Parliament. Being elected to Parliament is a fulltime paid occupation.

‘The list of issues concerning electoral reform and electoral process preparations require the urgent action of this committee. These include however are not limited to the following areas of concern.

Arrindell stated: “The issue of non-elected members who declare themselves ‘Independent’ with all consequences thereof, must be back on the Committee’s agenda.

“Mr. Julio R Romney presented to Parliament on several occasions his ‘draft election Ordinance Amendment Legislation that seeks to among others settle this long-standing concern of the voting population.”

Arrindell continues: “The second point of concern regards regaining access to the voter’s registry to All eligible political parties. Our Electoral ordinance (Kiesverordening AB no10.2010) stipulates that the Minister of General Affairs is charged with the proper maintenance of the voter’s registry, including persons eligible to vote. This registry is accessible electronically and includes information such as voter’s addresses and voting districts. The latter is important to have for the sake of effectively canvassing the voting districts. Prior to the enactment of the new electoral ordinance all Political parties received upon request and for a small fee, the voters list. In hard-copy later on a CD.

“In reality the Minister of General Affairs responsible for the Census office is or may be a candidate on a political slate, ‘privy’ to voter’s composition and location when all other political parties do not have access to same information. The Principle of Equality (gelijkheids -beginsel) in good governance is compromised. Review of the concerned regulation is warranted taking the privacy laws into consideration”.

Gracita Arrindell adds: “Thirdly, how can we improve the ‘signing of a party list’ process at the Census office? For example, greater privacy is needed of persons affixing their support for a (new) party to be able to participate in the next elections. Persons eligible to sign up for were not comfortable with the fact that one could see who signed which (party) list.

“Fourth issue concerns the reimbursement of two-thousand guilders (2000) Nafl. fee to political parties that won one (1) or more seats after an election. Contrary for parties who did not win one or more seats must return this total fee to the government coffers within a specified time. This requirement should be reconsidered. Political parties NOT acquiring a seat or more should be reimbursed. This reimbursement must go towards for example retirement of election-party debts and registered at the Electoral Council for transparency’s sake. Conversely, parties that WON should return the abovementioned fee to government coffers. This is fair, after all elected members move on to collect a full salary once appointed.”

The PPA Leader Arrindell further adds: “Last but not least, Sint Maarten’s students residing in the Netherlands must have the right to vote in Sint Maarten’s Parliament elections.

“In 2019 we made yet another plea to take necessary steps. Quote: ‘In the meantime we have constantly overlooked to secure the voting rights of the future citizens of Sint Maarten. Our students living in Holland must write out of the census in Sint Maarten and re-register at the municipality where they reside in Holland. Hundreds of students residing temporarily in the Netherlands, must be able to have a say in their future’. Our census information systems (with that of the Netherlands) are connected. This process can be reversed among others to allow our students in Holland to vote in Sint Maarten elections.

“The Minister of General Affairs (responsible for the census and for the minister plenipotentiary in the Hague, Netherlands) must make arrangements now to facilitate and formalize the voting rights of our students in the Netherlands.”

Gracita Arrindell concludes: “The ‘Sint Maarten House’ in The Hague can serve as the official voting location for our students in elections 2024. Between now and then is enough time to organize and correct this democratic deficit.

“Parliament’s Electoral Reform Committee must get off the slow-mode. The time is now time to debate and make the necessary changes to improve the integrity and transparency where lacking, in our electoral and constitutional processes,” the Leader of the PPA Gracita Arrindell concludes.

January 24, 2022
0
SINT MAARTEN (PHILIPSBURG) – The Windward Islands Bank (WIB) has decided to issue a press release to clear up misleading information regarding its bank Covid entry protocols, the WIB said on Monday in a press statement. “Management of the Bank...
Read more 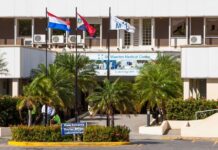 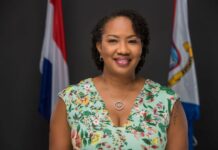