SINT MAARTEN (PHILIPSBURG) — “Democracy at work,” were the words, Member of Parliament, the Honorable Grisha Heyliger-Marten used to describe her sentiments after hearing the results of the Island Council elections on St. Eustatius yesterday October 21, 2020.

She said, “Part of self-determination is the ability of a people to participate in free and fair elections where their elected officials can serve without fear of attack from forces within our external forces. The people who you elect as your leaders must be the people who lead you, or you risk seeing your vote lose its power.”

MP Heyliger-Marten who is Faction Leader in Parliament for the United People’s UP Party has extended a heartfelt congratulations to the people of St. Eustatius who she says are the real winners in the recently held elections.

“I want to congratulate every citizen of St. Eustatius for successfully exercising their right to vote in the recently held Island Council Elections. The right to vote should never be taken lightly as it represents the one tool; we the people have to protect ourselves against those who would seek to manipulate constitutional and international laws and norms. Your action signals to us all that there is still hope for a brighter tomorrow for all Dutch Caribbean Island people as we continue to lobby for true autonomy and equal treatment as partners within the Netherlands Kingdom.”

The Progressive Labor Party PLP won the majority three (3) seats while the DP won two (2) seats, leaving the United People Coalition on St. Eustatius with zero (0) seat. “The election results should not be taken lightly as it signals the real need of the people of the Caribbean Netherlands to move towards having more autonomy. The right to self-determination is not alien. I have been preaching since the start of my political career that this is the only way our people will truly reach their full potential.”

Starting with her campaign for the last Parliamentary elections, MP Heyliger-Marten has made finalizing the decolonization of the Dutch Caribbean islands her main objective for the coming four years. As such, she has proposed a Round Table Conference for July of 2021 for all governments within the Kingdom to “sign off” on the decolonization of the islands of the former Netherlands Antilles. This will result in a full measure of self-government based on the UN Charter, under which the Netherlands has the sacred trust to treat the interests of the islands as paramount.

This obligation, as laid down in article 73 of the UN Charter, has not been complied with by the Netherlands during the past seventy-five years, according to Heyliger-Marten. “

November 27, 2020
0
SINT MAARTEN (PHILIPSBURG) – On Thursday, November 26, 2020 Youths of the “My New World” project organized by UNICEF visited the House of Parliament to submit advices on the new world they would like to see. The United Nations Children...
Read more
Soualiga News Today

November 27, 2020
0
SINT MAARTEN (PHILIPSBURG) – On Thursday, November 26, 2020 Youths of the “My New World” project organized by UNICEF visited the House of Parliament... 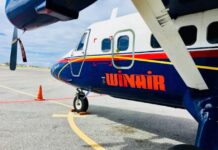 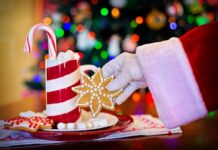