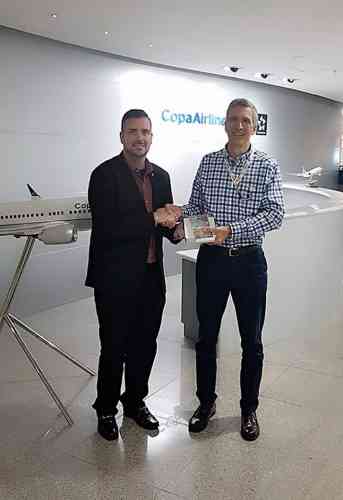 SINT MAARTEN (POND ISLAND) – Chief Executive Officer of International Airline COPA, Pedro Hilebron announced during a meeting held on Tuesday last week with Tourism Minister Stuart Johnson that the airline’s four weekly flights will resume in the months of DEC and January by December this year.

During the meeting, it was also disclosed that at present, COPA flights are running with 76% load factors. The figure shows that St. Maarten has an opportunity to improve and with the Copa MOU and the campaign between Anguilla and St. Maarten as Johnson’s plan is expected to increase destination awareness and visitors’ arrival significantly over the next six months.

The airline’s CEO was pleased that the Honorable Minister came to meet with the Airline and updated him on the island’s recovery as well as that of the surrounding hub islands. During the meeting Johnson further pledged his commitment to Copa Airlines. CEO Hilebron also provided an update on the airline’s plans given the industry challenges with aircrafts and he has committed to the Copa/St. Maarten partnership.

The Delegation from St. Maarten attending the high-level meeting with COPA top executives at their headquarters in Panama, was led by Minister Johnson. It consisted of Chef de Cabinet for the Ministry of Tourism, Economic Affairs, Transport & Telecommunication (TEATT) Ms. Regina Labega, Head of Civil Aviation Mr. Louis Halley and Director of Tourism Ms. May-Ling Chun.

“St. Maarten continues to make significant headway towards full restoration of our visitor arrival numbers, and this comes through continued dialogue with our international partners. Their trust in our destination is evidence that our product is amongst the best in the world,” said Johnson on Sunday.

He said, “The Ministry of TEATT will continue to actively engage our international and local partners while at the same time ensuring that we do the work needed to restore our main gateway and bring our island back to its former glory.”

During last week’s meeting which included the Commercial Team from COPA Airlines Minister Johnson provided some updates on St. Maarten’s reconstruction post-hurricane Irma in 2017. He told the Airline top staffers that the Government of St. Maarten was especially grateful for the efforts COPA made in the aftermath of Hurricane Irma with relief flights for visitors.

Johnson told the Airline reps, “The island has made significant progress based on the resilience and determination of its people. We are still busy with the restoration of the SXM Airport, and along with our Hub Partners and Hotels, we have had significant increases in airlifts and visitor arrivals. This increase in numbers is to a large extent based on the fact that Princess Juliana International Airport now operates from inside the terminal building with a capacity of 1200 passengers during peak hours.”

During the meeting, Johnson spoke at length with the airline about the Airport’s recovery and improvement efforts. He explained that the roof of the terminal building has been completely restored to category five wind speed resistance.

He said, “There are presently 36 Counters on the ground floor using the Common Use Terminal Equipment, (CUTE) system. The seating capacity for the section of the Airport being used is presently at 620, and there are 14 concessionaries.”

Johnson told the COPA Representatives it was essential to note that the restoration of the Terminal will be the main focus of Package 2 in Q3 of 2019 to Q2 of 2021 which will include four boarding bridges and upgrades to the baggage handling systems. In Package 3, Johnson explained that the Airport would concentrate on US Preclearance in 2021 and the expansion of the Apron Parking.

The eight days that COPA will fly to St. Maarten in August are the 4th 7th 11th 14th, 18th, 21st. 25th and 28th. The airline will increase to nine flights in September and October and reduce to eight flights in November before increasing to 18 flights in December. The flights depart from Panama at 7:22 AM and arrives in St. Maarten at ARR 11:30 AM. It departs St. Maarten at 2:26 PM and returns to Panama at 2:44 PM.

According to Director of Tourism May-Ling Chun, “This was a crucial visit for Minister Johnson to meet with Copa Airlines, as they are our only Latin America carrier that is a crucial part for the further development of the tourism industry of St. Maarten in the Latin American market.” 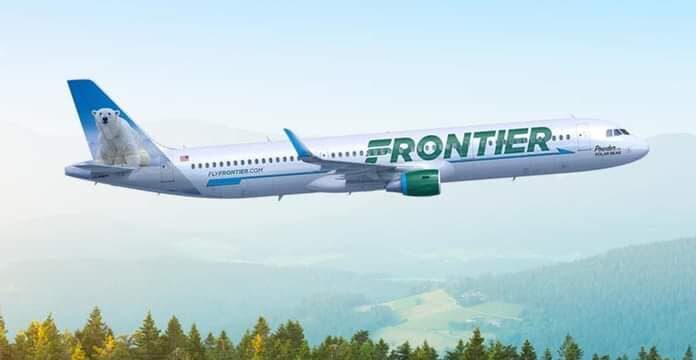 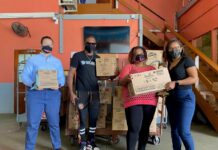 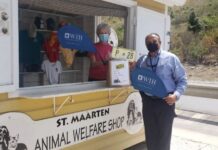 April 15, 2021
0
SINT MAARTEN (PHILIPSBURG) - On Monday April 12th Member of Parliament (MP) Angelique Romou was approached about a statement made on Facebook by a...