SINT MAARTEN (PHILIPSBURG) - Independent Member of Parliament (MP) Christophe Emmanuel will launch his political party on October 10, 2022. The Nation, Opportunity, Wealth (N.O.W) party will be grounded elevating the citizens of St. Maarten…and in the process rid the country of the worst government in its history. The venue and specifics of the launch will be announced soon.

The passionate MP said he cannot sit by and watch everything St. Maarten used to be proud of being disrespected, shunned, dismissed and victimized. “I've seen the courage of our police officers and firemen taken for granted, the spirit of our entrepreneurs crushed under tax burdens, the patience of our teachers tested by discriminatory practices, the compassion of our care workers diminished, the wisdom of our elderly sidelined and forgotten and the hopes of our children dashed by poor governing. It is enough and I’m thankful that there are so many like-minded people who know that what we are living through is not what we had envisioned for our country,” MP Emmanuel said.

He said the country and its people are drowning in scandals and broken promises. “There is willful disregard for accountability and our people are searching for new leaders. Leaders who won’t let you believe that you have to settle for an inferior quality of life and accept mediocre representation. My people deserve more than the mediocre representation and the lack of conviction to build a better St. Maarten. NOW is the time to break the cycle of fearful and vindictive governing devoid of any kind of vision,” MP Emmanuel said.

The MP explained that forming the NOW was in its infancy when he declared himself an independent Member of Parliament on December 4, 2020. With the “dangerous and sad” direction of the country, led by the actions of the current coalition, Emmanuel said formalizing the NOW in preparation for the next Parliamentary elections was a forgone conclusion. “If we were only considering it in 2020, by 2021 it became glaringly obvious that the current coalition would be the ruin of St. Maarten. The NOW will be realistic about what it can achieve in governing this country, and ambitious about what we can do together,” MP Emmanuel said.

“It cannot be that lofty pet-projects and self-interest is placed above the standard of living of your people. It cannot be that you abuse your people by taking money out of their pocket, then turn and say sorry. The people of St. Maarten deserve a government that believes in people, that trusts their people, representatives that knows their ultimate role is not to take from people but to give, to give everyone the chance to make the most of their own life and make better the lives of others. Nation, Opportunity, Wealth (NOW), is where it begins and that is what we will be outlining to our people in the weeks and months ahead,” MP Emmanuel said.

The MP explained that the launch, mission and various approaches of the NOW will be released in phases and always clear to the people of St. Maarten. He said the party will not be afraid to be straight with the people. “This notion that we always have to beat-around-the-bush with our people as if we don’t know them is foolish, it’s foreign to them. The current government has isolated themselves from the people with habitual lying and deceitful governing. Today they can’t look you in the face. There is a leadership void that serves only to create power-grabs in the country at the expense of our people. It cannot continue this way,” he said.

He said his direct message to the people is straight forward: “Considering the scandal-ridden country that you are living in, when you go to the ballot again, it should be clear to you what cannot continue in your country. There are some serious decisions that will have to be made moving forward; decisions that will affect you, your children and your grandchildren. The current government and the representatives that support it have shown you the path they want to take. The path of the NOW will be based on the fact that that our country’s future cannot hold peace without disciplined nation building, creating growth opportunities for our people and to restore a respectable standard of living for our people prior to any constitutional change, independence included. Let us begin the journey,” MP Emmanuel concluded. 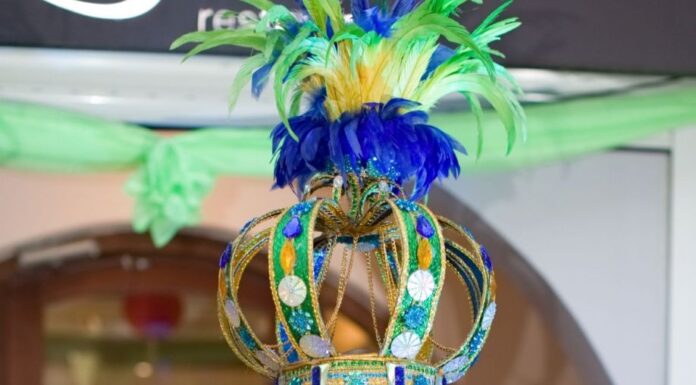 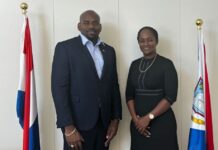 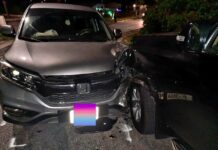 Home Away from Home Golden Age Foundation gets 14-seater van to...

US Party submits a Law to Curb High Unemployment Rate among...

Leader of the US Party: Self-fulfilling Agendas over Principles seems to...

MP WESCOT-WILLIAMS: IPKO MUST REMAIN RELEVANT AND WHAT WE WANT TO...