SINT MAARTEN (PHILIPSBURG) - Independent Member of Parliament (MP) Christophe Emmanuel on Friday said in a press statement he has dispatched a letter to three Ministers seeking answers to questions he has surrounding the announced US $90 million refinancing of PJIA’s 2012 indenture to a conglomerate of companies.

Emmanuel said it is “unbelievable” that such a crucial decision has taken place and the Parliament of St. Maarten was not informed. “That the news came from the arranging bank, and not from the shareholder shows a lack of respect for Parliament and the people of St. Maarten,” MP Emmanuel said.

He pointed to the difference in airport management approach when the previous bond issue was refinanced for US $135 million with a reduction in interest rates from 7.5 percent to 4.5 per cent. “At least then, we not only heard from airport management and got proper explanations, we could see and understand the benefits and the savings to the airport,” The MP said.

“Back then we knew the term was 15 years which was considered good for the Caribbean market considering the regional market was not considered "mature", we know how it was guaranteed and who guaranteed it, we knew that airport management engaged the ratings company Moody’s in the process and so on.

“Today, we have no information. The one thing that is clear to me is that when you look at the institutions involved now, the lenders are companies from Aruba and Curacao who now controls more 54% of the loan facility. The arranging bank in fact, the AIB Bank N.V, is an Aruban institution,” MP Emmanuel said.

The MP also questioned how much cash flow was, according to AIB, “freed up” to assist in the reconstruction of PJIA. “PJIA is apparently a bottomless money pit that keeps getting significant amounts of financial injections, while we can barely see any significant progress five years after hurricane Irma. PJIA got US $50 million from the Trust Fund, 50 million from the EIB (European Investment Bank) another US $20 million recently from the Trust/NRPB, and how much now?” the MP questioned.

The MP addressed his letter to the Prime Minister, Minister of Finance and Minister of TEATT. Some of the questions he posed included:

May 23, 2022
0
SINT MAARTEN (PHILIPSBURG) - Police have made a second arrest in the ongoing investigation into the Back Street fatal shooting of Monday, May 16,... 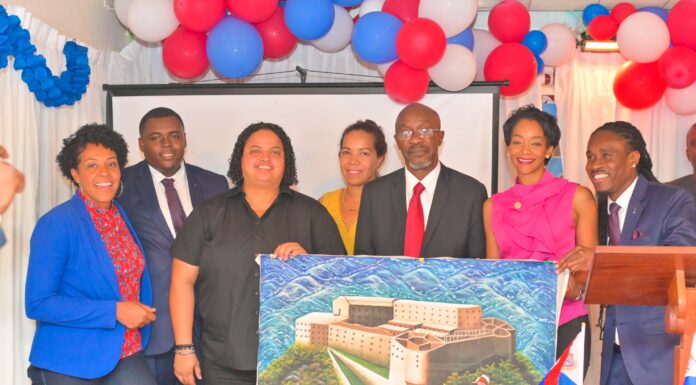 May 23, 2022
0
SINT MAARTEN (PHILIPSBURG) - On Wednesday May 18th, the Le Sommet Foundation (LSF) and the Haitian Association of Sint Maarten (HASMA)-inaugurated their office during a grand Haitian Flag Day celebration at the Wifol building, the foundation said in a press...
Read more

May 23, 2022
0
SINT MAARTEN (PHILIPSBURG) - On Wednesday May 18th, the Le Sommet Foundation (LSF) and the Haitian Association of Sint Maarten (HASMA)-inaugurated their office during a... 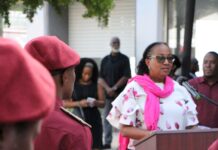 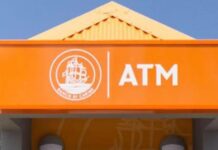 Minister Ottley commits to the SMDF and Great Shape! Inc’s 1,000...