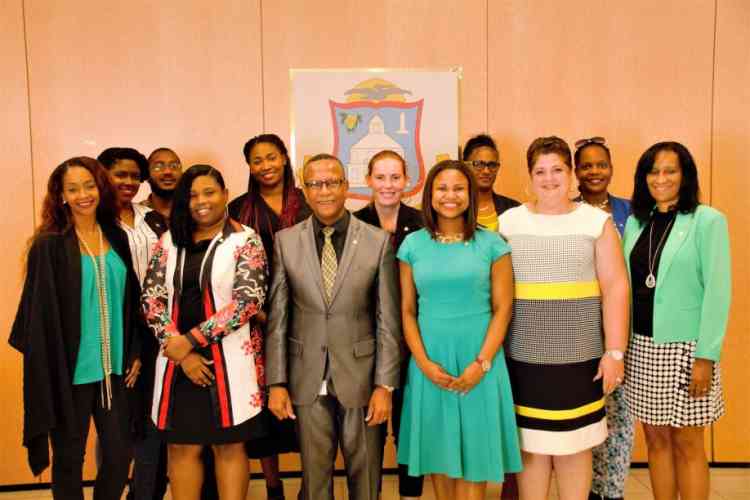 The Acting Secretary General Mrs. Shermina Powell-Richardson directed the proceedings of taking the office. Minister Wycliffe Smith charged the employees to embrace the honour and humility of being a “true civil servant”.

After reciting their promise to serve, the civil servants were pinned with the Sint Maarten Coat of Arms by the Minister.