SINT MAARTEN (PHILIPSBURG) – NV GEBE has gotten a handle on three days of rolling district blackouts, as Soualiga Newsday readers described it as at times there would be two blackouts within 24-hours. Some readers added that the experience was like a hurricane had struck the country and NV GEBE was attempting to get the lights back on.

Other readers wanted to know what the company’s policy with respect to damage to equipment while restauranteurs queried whether they would get compensation for lost business activity during these very challenging times, especially when night-time businesses have to close their doors at 11.00pm.

Many readers are looking for answers to what transpired and are hoping that those will be dealt with in the upcoming parliamentary Central Committee meeting on Friday, June 11 at 2.00pm.

“We are now in the hurricane season, and what can we expect from NV GEBE in the event of a storm or hurricane? The island has not fully rebuilt itself from the September 2017 hurricanes which means that there is not a large load on the electricity network.

“GEBE should have additional generator capacity when one engine is down that the next one takes up the load. Several hotels and other properties have not rebuilt or reopened. With this experience it seems that this is not the case and as consumers we need answers!” an irate NV GEBE customer told Soualiga Newsday on Sunday.

On Sunday, NV GEBE released a preliminary statement that reads as follows: NV GEBE informs the general public that all load shedding interruptions have been discontinued as of last night Saturday, June 5.

“The system was restored, and NV GEBE does not anticipate any other interruptions. The team at the Power Plant continues to work diligently to keep the system stabilized and provide the best service to its customers.”

NV GEBE added that a detailed press release would be forthcoming. 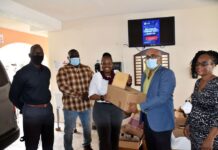 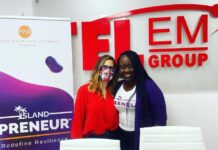 June 10, 2021
0
SINT MAARTEN (POND ISLAND) – Minister of Public Health, Social Development and Labor, Omar Ottley would hereby like to inform the public that the...

Myles Turner of the Indiana Pacers donates 10k worth of face...

Poetry Month at the library. Poetry workshop on Saturday with Drs....

Ministers say Thank You to Immigration and Customs Officers for Job...

Scooter accident in Orient Bay claims another life | THE...