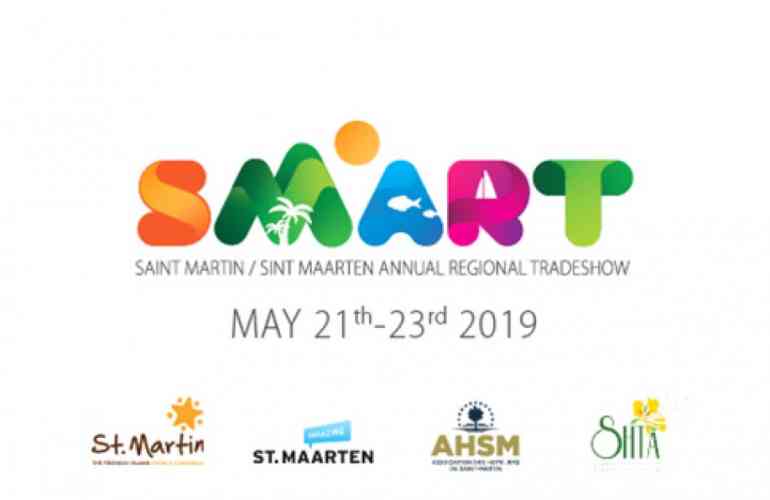 SINT MAARTEN (MAHO) – As the last foreign dignitaries and business delegates have left the island, the organizers officially closed the Saint Martin / Sint Maarten Annual Regional Tradeshow (SMART). It is estimated that in total 450 visitors took part over the three consecutive days of trade activities, sumptuous dinners and festivities, with delegations attending from destinations ranging from China to Montserrat.

The official ending was marked by a spectacular farewell party at KKO (Kakao) Beach in Orient Bay last Thursday, featuring amongst others, rum, cigar and champagne bars and a large variety of high-end hors d’oeuvres. For the first time in its 17-year history, SMART featured a farewell firework display as part of the closing ceremony.

Earlier, co-organizing officials Valerie Damaseau (Vice President of the Collectivite of Saint Martin) and Stuart Johnson (Minister of Tourism, Economic Affairs, Transport and Telecommunication of Sint Maarten) thanked all officials present in a farewell speech. The officials underlined the importance of SMART for the economic future of the island.

The organizers are elated about the large and diverse turnout, as well as grateful for the appraisal of changes to the traditional SMART formula. To make the tourism event as relevant as possible to the economy at large, the number of “vendor” spots (non-tourism related companies) was increased from 10 to 30. Receiving extra press coverage was the inclusion this year of a “green room” concept for initiatives that would make the island more self-sustainable.

On Wednesday, 95 visitors were voluntarily “kitchen-napped” to an undisclosed location to enjoy the island’s large culinary offerings. Their unknown destination turned out to be the Orient Bay square, where all restaurants cooperated in providing SMART groups their best four course meals available. An arts and craft market and musical band welcomed visitors on arrival, thereafter Dutch and French side officials led by French side Vice President Valerie Damaseau took over host-manship by heading the tables.

The organizers hailed SMART 2019 as an example of what can be achieved if both sides of the island, private and public sector, stand as one. By doing their part many companies, most notably Sonesta Maho Beach Resort Casino & Spa, Mount Gay Rum, Maduro Travel, Xaro, Winair, Air Antilles, Showme Caribbean, KKO beach, SST, Rainforest Adventure Park, Scoobidoo, Donut Dreams, 12 Meter Regatta and all of Orient Bay square’s restaurants have provided tremendous support to this initiative with limited means. In addition, the organizers were extended unwavering binational governmental support. The sum of all this collaboration resulted in a hugely successful “business card” event showing the island is ready to cater to its visitors again like never before.

Most of all, the event organizers extend their thanks to the visitors coming from as far away as Belgium, Brazil, Canada, China, Japan, Germany, Italy, the Netherlands, the United Kingdom and the United States. Just as important, were the large number of Caribbean destinations who came to SMART with one or more delegates. SMART hopes all 31 nations subscribing will return for its 2020 edition. In view of the fact that

SMART 2019 was oversubscribed for the capacity available at the Sonesta convention center and many had to be turned away, the partners recommend companies interested in SMART 2020 to preregister as of today via This email address is being protected from spambots. You need JavaScript enabled to view it.

. This way, participants will be kept updated as to when early bird registering starts later this year. 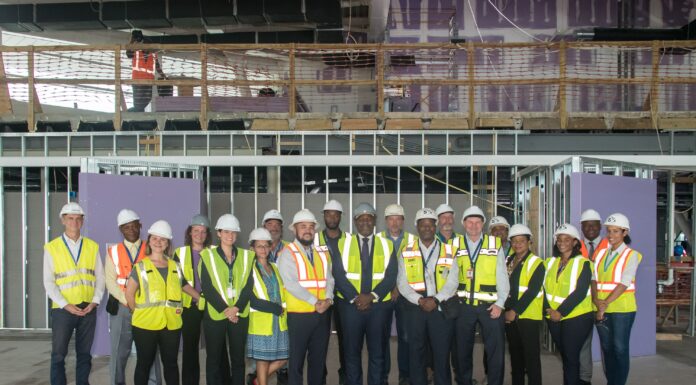 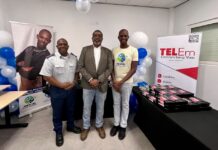 TelEm Group CEO thanks police for dedicated work in the SXM community | SOUALIGA... 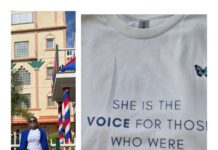