SINT MAARTEN (SIMPSON BAY) - Together with the Diam 24 class representative, Pierre Altier, the Sint Maarten Yacht Club hosted the first Diam 24 Grand Prix Race Day in Great Bay last Sunday. The Diam 24 is a one design sport boat, simple and accessible for all, that allows people to discover multihull racing. To continue growing the current 5-boat fleet in St. Maarten and increase the local interest, 10 teams from the Marine Industry were invited to participate in this invite only event. A total of seven races were sailed, with Team Budget Marine as the ultimate winner.

Originally planned as a try-out event, the competitive nature of the invited participants turned Sunday’s event into a proper Grand Prix where the thrill of these fast-paced racing trimarans was fueled by the excitement of the sailors. Each boat had an experienced Diam 24 sailor on it and 2 or 3 sailors from the respective companies. The experienced sailor was helping aboard, however not allowed to helm, giving the participants an opportunity to experience all aspects of racing the Diams.

Teams represented were the Tropical Sail Loft, Budget Marine, Island Water World, the Maritime School of the West Indies, Club de Voile de Friar’s Bay, MDA (secondary school in Marigot), Arawak Sailing, a youth and staff team from the Sint Maarten Yacht Club and the 12 Meters association. After the initial instructions regarding the Diam 24 and the racing of that day, the 5 Diam’s left the dock with the first teams to race. Sailing catamaran Mojito was used as the committee boat for the day and accommodated the other teams to watch the racing while awaiting their race time.

Wind conditions were perfect for those unexperienced sailing these fast-racing trimarans, at 12 knots with gusts up to 18. A windward leeward course was set with a gate at either end, making it a tactical racecourse forcing the sailors to locate the best wind conditions. Race committee started fleet A, consisting of SMYC Youth Team, Team Arawak, Team Budget Marine, Team Maritime School of the West Indies and the 12 Meters Team, on 2 races to conclude the first 2 finalists of the semi-finals.

At the first start it was clear that most participants were not used to racing on trimarans, as most boats carefully approached the line. Except for one team, Team Arawak being the only one having extensive experience on their 52ft racing catamaran, who came in hot and sailed the Diam 24 as if they had done it for years. Their enthusiasm showed in them taking the lead quickly after the start, flying one hull high out of the water most of the race. At one point they got hit by a heavy gust resulting in them nose diving into the wave, no bother for this team as they continued with big smiles on their faces. They gave it their all, but it just wasn’t enough with two third places. With the first two races concluded, the SMYC Youth Team and Team Budget Marine went on to the semi-finals with two first places for Budget Marine and two second places for the SMYC Youth Team.

“I hadn’t raced in over 5 years, however after watching the first 5 teams race, I couldn’t wait to get out there myself. Once on the boat I was surprised at how stable these boats remain, even with one hull out of the water, you just want to keep pushing to go faster! This is truly a boat anyone can and should race. I was lucky to have Sam Peeks as our helmsman, who I know is a very talented dinghy sailor, but to see him just grab the tiller of this multihull and race it brilliantly, was amazing to see. I will definitely race more often on these boats.” Said Michele Korteweg, General Manager at the Sint Maarten Yacht Club participating in the SMYC Staff Team.

Fleet B, consisting of Team Island Water World, Team Tropical Sail Loft, the SMYC Staff Team, Club de Voile Friar’s Bay and Team MDA, continued to show that anything can change at any time of the race. The SMYC Staff Team got across the starting line first and kept the lead after rounding the first mark, after which it all went downhill on that race for them as they struggled with the downwind leg. Looking as if they were going to come in dead last, on the final leg they managed to catch the wind and finished seconds ahead of Team Tropical Sail loft. In the second race the SMYC Staff Team got the hang of the boat and by jibing around the windward mark they got into clean, strong winds on the opposite side of the course, a strategy that paid off as they finished in first place. In the meantime, a close battle took place between Team Island Water World, Club de Voile de Friar’s Bay and Team MDA, all Melges 24 sailors. It was amazing to see how quickly monohull sailors became pros at sailing these 24ft trimarans. Team MDA was the stronger team with a first and second place, taking one of the semi-final spots, one point ahead of the SMYC Staff Team.

The semifinals saw very close racing between the 4 teams, but quickly it became clear that Team Budget Marine and Team MDA were close rivals and sailed ahead of the fleet in a battle for first and second place. Team SMYC Youth and SMYC Staff had their own battle, student’s vs instructors. Without causing for much embarrassment, as the SMYC Staff Team won third place overall, putting Team Budget Marine and Team MDA in the final.

Prize giving was hosted back ashore where the appreciation from all participants was expressed as boat owners and experienced captains made this event reality. The event couldn’t have happened without Pierre Altier, who has been the main motivation behind the Diam 24 class.

“It was a fantastic Diam 24 Day in Great Bay! So many talented sailors took this first Diam 24 Grand Prix to a spectacular level of sailing. This day made obvious that the Diam 24 is a perfect boat for the Caribbean Regattas. Economical, fast and, robust, this one design class trimaran is the easiest way to sail at 20 knots. Build your team, get your boat, and take part into the Diam 24 history on Saint Martin - Sint Maarten.” Concluded Pierre Altier, Diam 24 class representative of the Caribbean. 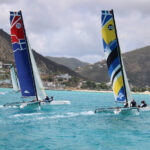 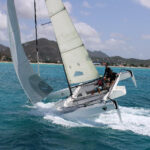 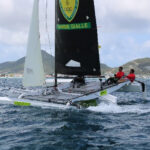 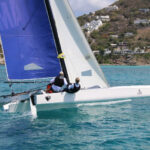 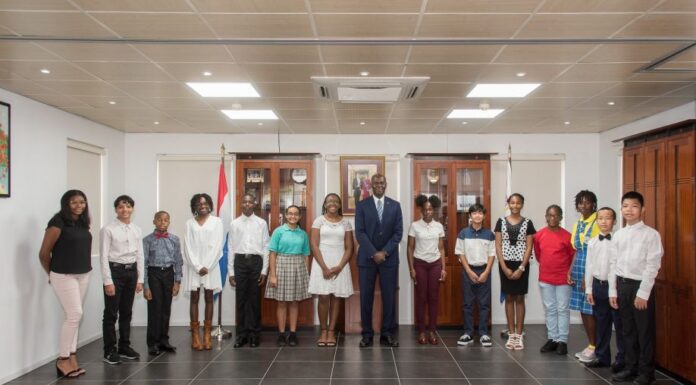 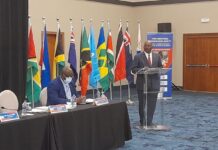 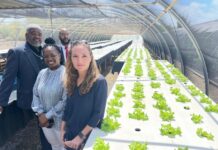