SINT MAARTEN (POND ISLAND) – The University of St Martin (USM), after a decade of working in close partnership with The University of the West Indies (The UWI) Open Campus, expressed an interest in joining The UWI global system which includes joint centres with ten international universities. The UWI Council discussed the concept note and approved it in principle earlier this year, asking Vice-Chancellor, Professor Sir Hilary Beckles and his team to develop a road map with a full proposal for further consideration. That process began with the signing of an MOU between the two universities on Wednesday, October 7, 2020.

Vice-Chancellor of The UWI, Professor Sir Hilary Beckles and Mrs. Valerie Giterson-Pantophlet, President of the Board of USM met virtually to sign the MOU which marked a historic partnership, not only between the universities, but significantly for the framework for collaboration and regional development now established between the Dutch Caribbean and English-speaking territories of The UWI.

As an Economic Historian, Vice-Chancellor of The UWI, Professor Sir Hilary Beckles brought context to the importance of the occasion, noting that after 528 years almost to the date, of Christopher Columbus’ entry into the region on October 12, 1492, that this is “A historic and courageous project that seeks to reverse the legacies of the Columbus project, to put those legacies behind us so that we can go forward as one people, one sovereign nation, one civilization.” He identified that until now, the indigenous civilization of the Caribbean has been broken and fragmented by imperial interventions. “This is a moment in which two universities have agreed to transcend all of these divisive relationships and to pursue that common goal which is to build capacity to strengthen the next generation and all the peoples of the Caribbean.”

Prime Minister of St Maarten, the Honourable Silveria Jacobs, fittingly delivered remarks during the virtual ceremony which was livestreamed on UWItv. She expressed her delight in seeing the MOU become a reality, noting that education plays an important role especially for a small island developing nation. “We are happy as government to facilitate, assist and promote any collaborations especially within our region whereby our people will be empowered. It is in keeping with our government’s aim to be progressive with education and with our goal to better equip our citizens with future knowledge goals and skills.”

President of the Board of the University of St Maarten Foundation, Mrs. Valerie Giterson Pantophlet, declared that the venture is “one that will allow USM to further its goals of preparing a cadre of professionals that is equipped with the regional and global knowledge in order to advance the healthy development of our countrymen and women.” She added, “We have found that in order to maintain our destiny and identity and autonomy as the national institute for higher education in St Maarten, it is necessary to extend our hands in friendship with respect to each of our trajectories as well as recognising the historical, cultural ties we share.”

One of the first tangible outputs from the MOU will be a Bachelor of Science degree programme in social work by The UWI Open Campus and USM, expected to begin in 2021. President of the University of St Martin, Dr. Antonio Carmona Baez, who served as Chair for the proceedings, qualified the need for the new BSc programme, saying, “In the aftermath of Hurricane Irma, the University of St Martin had to rethink its purpose and role in recovery and national development. We came to realise that there’s a demand to initiate a social work degree programme that speaks to the needs, material and spiritual conditions of the diverse St Maarten family…We really needed to put our academics in contact with professionals and scholars in the region in order to co-create a programme that is beneficial to the local population; a population which more than anything reflects the diversity of our Caribbean peoples.”

The island’s Minister of Education, Culture, Youth and Sports, the Honourable Rodolphe Samuel also delivered remarks at the ceremony. He said his Ministry is pleased and fully supports the signing of the MOU, indicating that it is “A significant milestone for educational growth and development among our island and the Caribbean region.” He added, “The accomplishing of this mission can only be achieved through mutual respect, unwavering commitment and systematic cooperation.”

Delivering closing remarks at the ceremony, Dr. Luz Longsworth, Pro Vice-Chancellor, Global Affairs at The UWI and Principal of its Open Campus remarked, “As the higher education landscape changes vertiginously in this pandemic, it is clear that while we may socially distance, this is not the time for our islands in the Caribbean to physically isolate. We must push forward together towards even more critical collaboration.” She explained, “The journey to this day started many years ago and I am pleased that our Open Campus is already making this MOU an ‘MO-do’ with the development of the BSc in Social Work with our colleagues at USM.”

In addition to the BSc programme, this MOU provides a framework that is expected to enable the two universities to enter into an even closer institutional partnership within The UWI system which will attract more students as well as higher levels and greater strategies for research, ultimately leading to the generation more revenue for both. For the wider Caribbean, the historic partnership model demonstrates the implementation of a stronger Caribbean education response to the challenges facing the region. 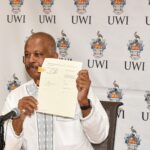 October 26, 2020
0
SINT MAARTEN (CAY HILL) – The foundation is pleased to announce a charitable contribution in the amount of $500, – from the Rotary Club... 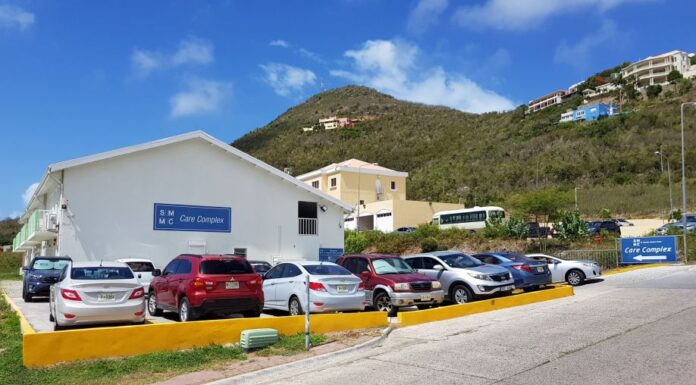 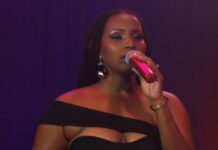 October 25, 2020
0
SINT MAARTEN (SIMPSON BAY) – The virtual event, under the theme, “Honoring the Past, Ushering the Future”, was graced with the presence of, past...

October 25, 2020
0
SINT MAARTEN (SIMPSON BAY) – The virtual event, under the theme, “Honoring the Past, Ushering the Future”, was graced with the presence of, past... 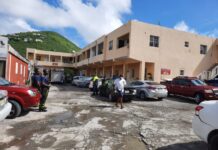 October 25, 2020
0
SINT MAARTEN (PHILIPSBURG) – The Police patrol responded to a fire in an apartment in a building behind the optical center on Bush road...

October 25, 2020
0
SINT MAARTEN (PHILIPSBURG) – The Police patrol responded to a fire in an apartment in a building behind the optical center on Bush road...

PJIAE AWARDS SUPERVISING ENGINEERING CONTRACT AND IS MOVING AHEAD WITH THE...