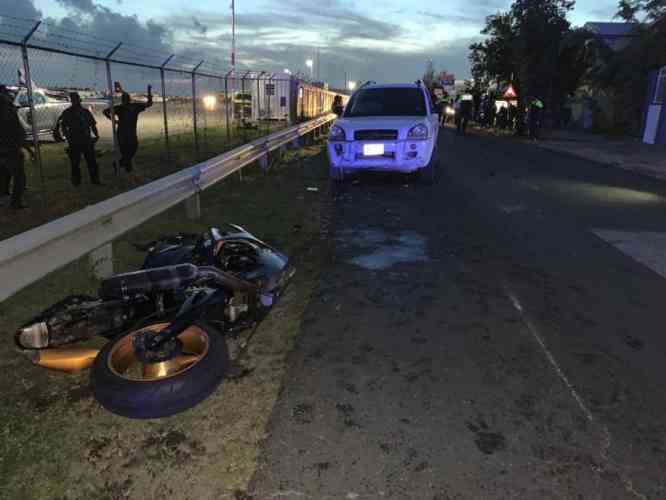 SINT MAARTEN (SIMPSON BAY) – A fatal accident involving a motorcycle and a car on the airport road on Sunday September 13th, 2020, claimed the life of the young man with initials R.J.

According to the information received, it appeared that the motorcyclist who was riding together with a large group on the Airport road, for an inexplainable reasons, lost control of his motorcycle.

The victim and the motorcycle slid a few meters and slammed head-on into a white SUV coming from the opposite direction. After the collision with the white SUV, the driver and motorcycle hit the crash barrier along the side of the road.

As a result of the collision R.J. who suffered serious injuries was treated at the scene by the personnel of the Ambulance Department and rushed to the SMMC.

Later in the evening the police were notified by the personnel of the Sint Maarten Medical Center (SMMC) that the victim had succumbed to his injuries. The driver of the white SUV suffered only minor injuries.

The Sint Maarten Police Force would like to express its condolence to the family of the deceased. (KPSM)

September 25, 2020
0
SINT MAARTEN (POND ISLAND) - As of September 25th, there were nine (9) persons who tested positive for COVID-19; however there was a recovery of fifteen (15) persons; reducing the total active cases to seventy- three (73). The total...
Read more 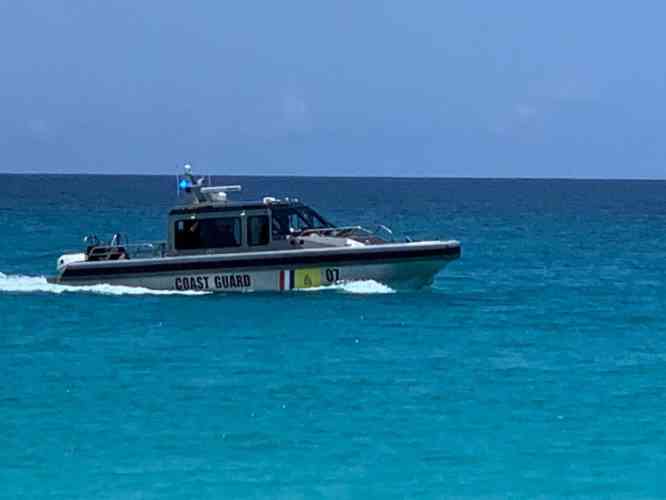 September 25, 2020
0
SINT MAARTEN (PHILIPSBURG) - The Consulate of the Cooperative Republic of Guyana and the Sint Maarten Guyanese Association (SMGA) would like to offer their...