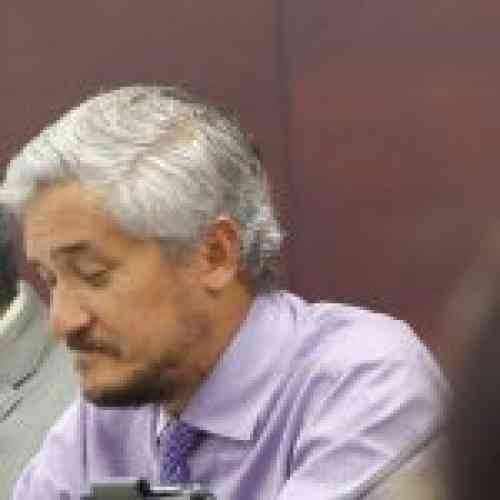 PHILIPSBURG – MP Theo Heyliger, leader of the United Democrats, was right when he observed in a meeting of Parliament in February that the government gets what it is paying for with the management contract for the landfill. “There were two bids,” Heyliger said at the time. “One for 5 million and one for half that amount. The lowest bid won.”

The draft budget 2018 that will be handled in Parliament on Thursday confirms Heyliger’s observation in the chapter about the Ministry of Public Housing, Urban Planning, Environment and Infrastructure (VROMI): “The current contract-amount is insufficient to guarantee safe management of the landfill.”

According to the ministry it requires an additional 1.7 million guilders to bring management of the dump up to par.

The current management contract with Robelto and Sons can be extended by one year, the budget states. This contract extension will be granted on the condition that the contractor executes improvements.

Remarkably, that condition comes with another condition, namely “that the government offers financial support to guarantee the success of the improvements.”

Minister Emil Lee (Public Health) offered a candid insight into the terms of reference the contractor ought to abide by.

Lee reacted after MP Rodolphe Samuel had pointed out the relationship between garbage, fill and oxygen. “If the garbage is sufficiently covered it won’t catch fire. And the garbage was not covered,” the MP said about the fire that raged at that time.

Minister Lee said that the outgoing government had hastily renewed the contract with the management company in December without revising the terms of reference. In this context, it is odd that the draft budget now states that it is possible to extend the contract by another year.

Minister Lee referred in February to a report compiled by SOAB – the government accounting bureau – about the management of the dump. That report found several shortcomings and Lee highlighted some of them.

According to the management contract, Robelto has to provide 400 yards of soil per week; that soil is necessary to cover the garbage.

The contractor also has to provide 24/7 security to prevent arson and there should be eight security cameras installed. Lee said that he had not seen any security footage and he therefore questioned whether the security protocol is in place.

April 23, 2018
0
By Hilbert HaarAn alert reader pointed out to me that the price the waste-to-energy plant would charge GEBE for a Kilowatt of electricity is...