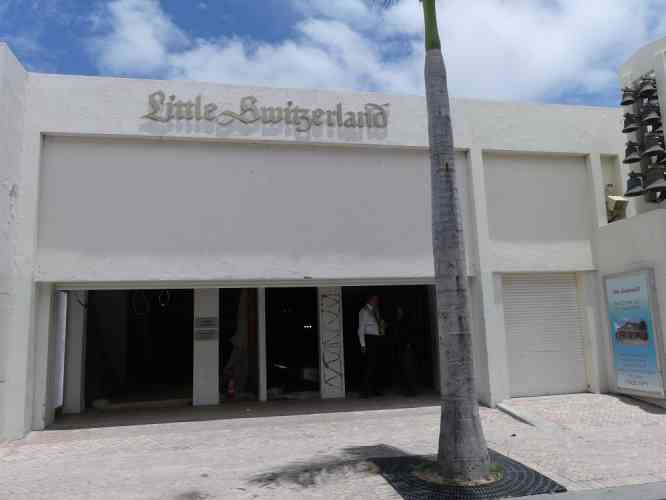 PHILIPSBURG – Twenty-two employees of World Gifts Import BV, a company that operates two stores in St. Maarten under the name Little Switzerland demand that the company pay salary arrears dating back to December 7, 2017. That day, the company stopped paying.

On Friday morning, practically all the employees were in court together with their attorney Jelmer Snow to make their case in summary proceedings in front of Judge Sander van Rijen. Little Switzerland fielded attorneys Daniëlla Engelhardt and Michiel Gorsira, accompanied by Mike Cooney, the company’s vice president of human resources.

The court will pronounce its ruling in this dispute on May 15.

“This is about the interest of a large group of employees who have been living in great uncertainty since Hurricane Irma,” Snow told the court. “On November 28, the company presented the employees with a proposal to terminate their contracts. Little Switzerland has done nothing to find a solution and it has not reacted to requests for mediation. It is a large company; it has paid three months of salary, but that was covered by insurance.”

On December 8, Mike Cooney wrote in a letter to the employees, “In the meantime we do everything in our power to be operational again, not only for economic reasons, but also to be able to provide you with the opportunity to start performing again.”

Little Switzerland bases its decision to stop paying the salaries on a “no work no pay” clause in the labor contracts.

On February 9, Wifol-President Theophilus Thompson summoned the company in a letter to take a decision about paying the salaries again by February 12. The company did not react, Snow noted.

The attorney shed a different light on the no work no pay clause. “An employee remains entitled to his salary if he is prepared to work even when the employer does not make use of this preparedness. And these employees are willing to work.”

Snow demands on behalf of his clients that the company pays salary-arrears from December 7, 2017 forward, plus the legally allowed increase of 50 percent. “We do not demand return to work, but my clients declare that they are prepared to work.”

Daniëlla Engelhardt explained that Little Switzerland operates two stores in St. Maarten – one in the port and one in Front Street. The employees involved in the lawsuit were all employees of the Front Street store.

“Due to Hurricane Irma both stores suffered enormous damages and the store in Front Street is closed until further notice,” Engelhardt said. Later she added that the company expects to reopen the store in August. The renovation began in February and is still underway.

Engelhardt said that the company had a group-insurance that covers the salaries of employees up to three months after a disastrous event like Hurricane Irma.

“The turnover of the store has dropped tremendously,” the attorney said. “It was almost cut in half and the company has suffered significant operational losses. They expect 2018 to be even worse than 2017, because the store opens only in the second half of the year, the economy is still hurting and the company has had to absorb huge expenditures.”

Fixing the Front Street store will cost $1,4 million, fixing the port store another $1.3 million. Attorney Gorsira later said that the insurance only covers the damages up to $1 million.

The labor contracts also contained a calamity clause. That article limits the obligation of the employer to paying its employees the minimum wage for a maximum of three months after a calamity.

Snow noted that this article in the labor contracts is a cancellation clause and therefore null and void. He referred to the Port de Plaisance ruling from the Supreme Court in 1998.

Engelhardt contested her opponents’ claim that the disaster that hit St. Maarten in September 2017 was “predictable and insurable.”

“The company has experienced hurricanes before and the stores were never closed for longer than three months. As a good employer, the company entered into a business-interruption insurance that covers three months of salaries.” Engelhardt concluded that, if the employees are entitled to anything at all, it would be no more than their basic salary. She asked the court to deny the plaintiffs’ demands.

Gorsira added that the insurance does not cover all damages the company has suffered. “Stores on other islands – in Puerto Rico, St. Thomas and Tortola – are all out of commission.”

Snow was not impressed: “The company has done nothing to clean up the store on Front Street. They have waited for three months before they did anything. That building could have been repaired a long time ago.”

Photo caption: The Little Switzerland store on Front Street is under renovation and is expected to reopen in August. Photo Hilbert Haar.