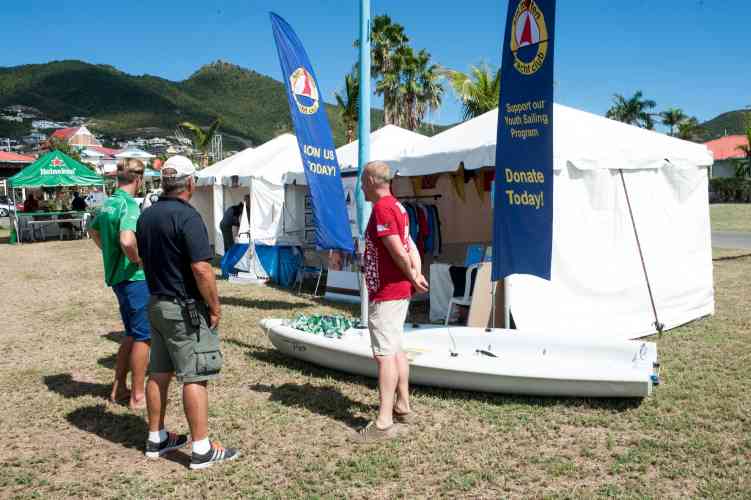 Great Bay — For the very first time, all onshore activities relating to the official and fun aspect of St Maarten Heineken Regatta will take place at the Princess Port Plaisance. For the next four days, the sprawling landscape will be referred to as the Regatta Village.

The fact that only a single venue will be used this year will bring an end to the logistical nightmare motorists often face during the time frame as they traverse the roadways in the Simpson Bay area.

Going to and from the Regatta Village before and after races will be an easy task for the participants and race officials. On the topic of Regatta Village, this one will be well stocked, to say the least.

Patrons will also have the liberty to access the casino, toilets, ATM machine, token booth, art exhibition, restaurant, water taxi and regular taxies. In previous regattas, it took quite sometime for those that secured podium places to extract themselves from the huge crowd as they make their way onto the stage. This time, that has been simplified with the erecting of a VIP sailors lounge in front of the stage.

The battle for supremacy on the water will begin with the Gill Commodore Cup, which has nothing to do with the outcome of the three days of the Regatta. However, it does prepare those in the Maxi class, Ocean Racing, ORC Performance, CSA Monohul, Offshore Multi Hull, CSA Multi Hull, Bareboat, Melges 24, Diam 24 OD, One Design, Beach Cat and Jamboree Class to get warmed up for the real deal after the start of the first race at 9.30am.

Another new twist to this years races is the official opening of the Regatta Village at 2.00pm. Day one will come to a close with the Green Sensation Party at 5.00pm, members of the media will have a chance to ask questions during a press conference at 6.00pm and the prize giving for the Gill Commodore Cup will commence at 7.30.

Photo caption: Some of the booths that have been set up and already operational in the Regatta Village. Photo by Milton Pieters.