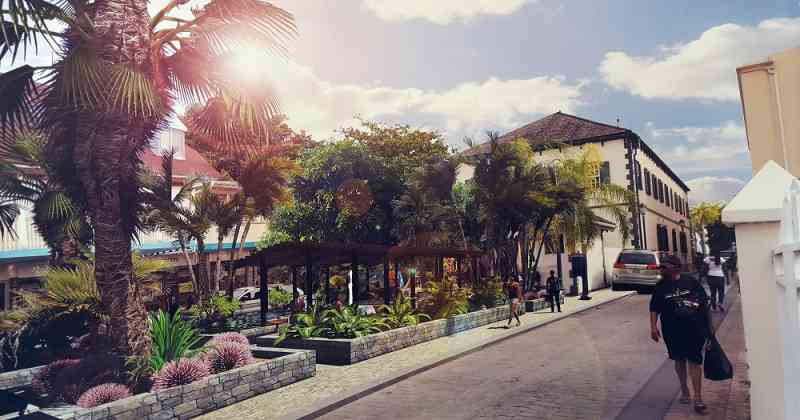 PHILIPSBURG — Minister of Tourism and Economic Affairs Mellissa Arrindell-Doncher on Tuesday said St. Maarten will get marketplaces in Philipsburg residents can be proud of, long overdue suitable spaces for Philipsburg taxi’s, an organized tour bus terminal and a green area in the heart of Philipsburg.

All three aspects are part of the Minister’s vision to revamp and enhance the cruise visitor experience in Philipsburg while giving St. Maarten’s capitol a much-needed face-lift which in turn enhances its tourism product.

She explained that instead of a jumbled marketplace, vending kiosks will be built at the location of the old fire station and near Walter Plantz square to accommodate the 57 current registered vendors.

The taxi holding area will come complete with a taxi dispatching station, thereby eliminating the often-chaotic situation of taxi’s parked in front of the Court House at Captain Hodge Wharf.

Additionally, the area immediately behind the Court House will be turned into a “green area” that visitor and resident alike can enjoy. She said efforts are also underway to ensure that there is cultural and environmental significance embedded in the project.

“Instead of replacing what was there, we chose instead to revamp the area and address some long-standing issues that has plagued the area,” the Minister said. “The taxi drivers have been calling for a permanent solution for a long time, so too have tour bus operators and we simply had to bring back more open and green spaces in the heart of Philipsburg. We believe it is a project that the people of St. Maarten will be proud of and one our cruise visitors will write home about,” the Minister said.

The Minister added that temporary vending spots will be placed in Philipsburg for the vendors by mid-December. She added that as soon as the Council of Ministers has completed reviewing the project, more details regarding its cost, etc., will be released. The project is part of the beautification plans for Philipsburg which were already budgeted for.

The Minister stressed that all images released so far of the re-development are artist impressions only, subject to change.

Caption 1: The green area behind the Court House. (artist impression, subject to change).

Caption 3: The main structure to house some of the 57 registered vendors. (artist impression, subject to change).

Caption 4: While construction is underway on the permanent locations, vendors will be situated at temporary locations (as envisioned here) in Philipsburg. (artist impression, subject to change). 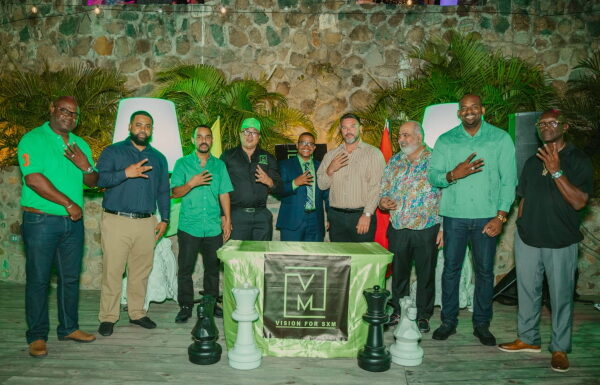 February 2, 2023
0
PHILIPSBURG:--- During a reception at Bamboo House Mark Mingo and Vision for SXM Team accepted the nomination to run on the UPP list in the upcoming parliament elections.He will be number 4 on the list. Present at the event were...
Read more