Home Local News 10 contractors will be awarded bid for district cleaning, parcel 13 not... 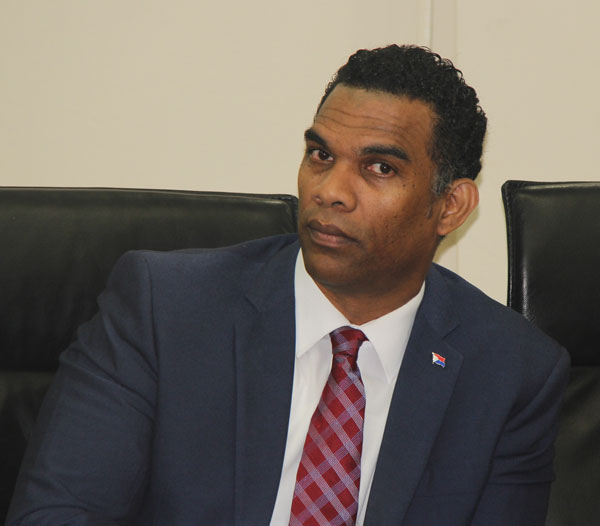 PHILIPSBURG:— Minister of VROMI Angel Meyers announced on Wednesday that of the 37 contractors that submitted bids for the district cleaning, 15 of them were disqualified while 10 of the contractors will be awarded the bids. Meyers said of the 10, two of those contractors will have more than one parcel. The Minister said that the department of VROMI has to do over the bidding process for parcel 13 because there are some discrepancies and he wants to ensure that everything with the bidding process falls within the scope of the terms of reference.

He said the very soon the contractors will be meeting with government to finalize their contracts so that they could commence cleaning of the various districts.

As for GEBE asked by SMN News when would the shareholder appoint a CEO or a full management board to the company. Minister Meyers said that he met with the Chairman of the Supervisory Board recently and he made clear to him that they were appointed to supervise and to get things under control at the government owned company. The Minister said if the current candidate for the CEO position is not physically fit to assume the position then the Supervisory Board has to submit the names of other candidates, further to that he said that the screening process for the COO is still ongoing. Asked if he believes that a proper temporary management board is needed to bring GEBE back on track the Minster said that GEBE has a temporary manager in place and if the person is not doing his job then the supervisory board knows what other step they need to take.

Asked if he is in anyway concerned about the constant power outages the Minister said he is indeed concerned but one of the things he must say is that the workers of GEBE power plant is doing a great job despite their working conditions. He said one of the things that is causing the constant load shedding is poor planning, he pointed out that of the 19 engines working at GEBE more than half of them are older than 25 years, while the lifespan of those engines is 25 years.

The Minister said he already indicated to the Supervisory Board of GEBE that they have until August 15th to submit their plans on solar and renewable energy since he wants to see GEBE makes some investment in solar energy.