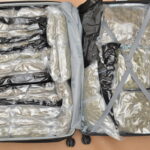 Three men with the initials D.A.S.B. (42), I.G.R. (54), and S.L.M.R (35) respectively were arrested for their involvement in a drug trafficking operation. The fourth man with the initials R.M.R. (64), was arrested after attempting to hinder the investigation by attacking an officer.

R.M.R. was released after questioning. The other three suspects ...

July 4, 2022
0
THE HAGUE/SABA:--- The visit of the Saba Island Council to the Netherlands was generally perceived by the delegation members as very positive and conducive to the relations with the Netherlands, especially in terms of bringing forward Saba’s issues and...
Read more

July 4, 2022
0
THE HAGUE/SABA:--- The visit of the Saba Island Council to the Netherlands was generally perceived by the delegation members as very positive and conducive... 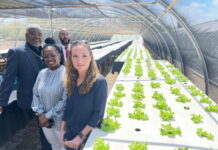 July 3, 2022
0
PHILIPSBURG:--- The Division of Study Financing organizes preparatory workshops for study financing recipients who will be pursuing their studies in the Netherlands Division Study...

Stabbing and shooting near the Jocelyn Arndell Festival village. (UPDATED) ...