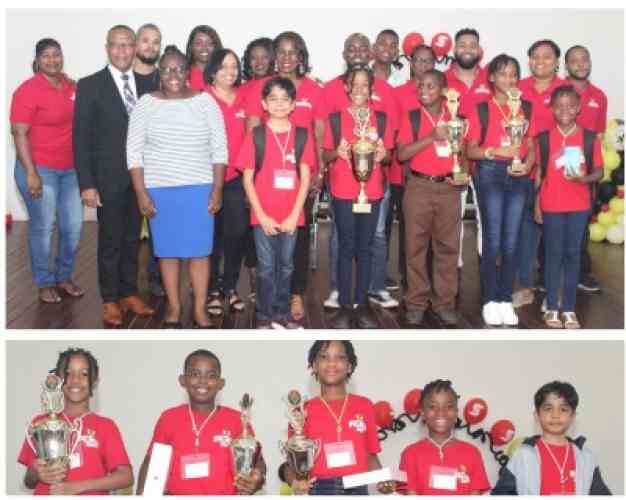 PHILIPSBURG:— On Sunday Anguilla shone at 5th Scotiabank Rotary-Rotaract Spelling Bee 2018. The five finalists headed to The Belair Community Center to go head to head to determine the winner of the final round of the 5th Scotiabank Rotary-Rotaract Spelling Bee 2018 were from St. Maarten Nasya Gayle – MAC John A. Gumbs Campus, Mikage Dorcelus – Ruby Labega Primary School, Sameer Chatani – Seventh Day Adventist School, and from the Anguilla Schools Zakkai Lake and Ayana Carty. These three girls and two boys were well supported by a large crowd of family, friends, classmates, and teachers.

The 5thh Scotiabank Rotary-Rotaract Spelling Bee 2018 was held in three consecutive rounds. The first round, the Preliminary Round had 29 participants from 14 schools, in this round the children had to spell the selected 20 words on paper. The top ten highest scorers from the Preliminary Round went onto the Semi-Finals. The ten Semi-Finalists from eight schools had to spell out their words into a microphone in front of the judges and audience. The top five highest scorers from the Semi-Finals went headed onto the final round. All twenty-nine participants of the 5th Scotiabank Rotary- Rotaract Spelling Bee 2018 represented their respective schools admirably.

It was a very close finish for all five participants in the final round and there was a tie for third place. For the two girls with the third-place tie, their scores from the preliminary and Semi-Final rounds were calculated which broke the tie by just one point. In first place came Ayana Carty from Anguilla she won the first place trophy and an APPLE IMAC 21.5” desktop computer, in second place came Zakkai Lake also from Anguilla, who received the second place trophy and an APPLE MacBook Air 13.3 “, In third place came Mikage Dorcelus from Ruby Labega Primary School, she received the third place trophy and a IPAD 5th Generation 9.7”. In fourth place came Nasya Gayle from MAC John A. Gumbs Campus, who went home with a Samsung Galaxy J7 Neo cell phone. Fifth place went to Sameer Chatani from Seventh Day Adventist School who got to take home a JBL Bluetooth Over-Ear Headphone and a fidget spinner.

The Anguilla schools won a Printer for being the most supportive school. Also in attendance to support the five finalists were Ms. Selma Baker and other representatives of the main sponsor Scotiabank, The Honorable Minister of Education, Culture, Youth and Sport, Minister Wycliffe Smith who spoke with the participants before the start of the final and The Assistant District Governor for District 7020 Marcellia Henry. The Anguilla schools were also awarded a DELL Optiplex 3020 computer and an AOC. 1905 SWD 19” class screen led-lit computer monitor as the prize for the winning school. Scotiabank presented all 29 participants with backpacks filled with goodies.

The 40” TV donated by Shop and Take was also raffled.

The five finalists were asked for their comments on the Spelling Bee, and these ranged from, “it was good;” “it was fun;” “it was a lot of words;” “they learned many new words;” and “there was a lot of studying that had to be done”

Mid Isle would like to take this opportunity to thank Scotiabank the main sponsor of the 5th Scotiabank Rotary-Rotaract Spelling Bee 2018 along with gold sponsor Guardian Group Fatum and the many other sponsors without whose help we could not have had a successful Spelling Bee. 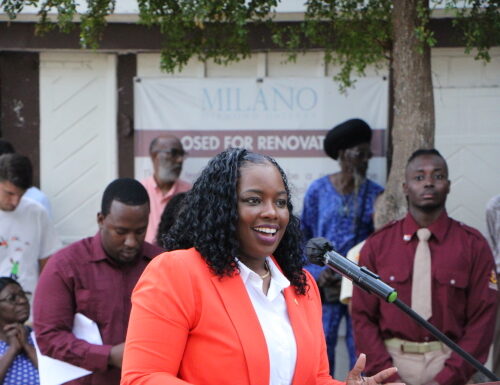 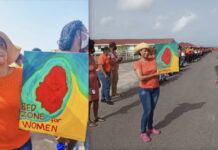