Home St. Martin News Network 71 premises visited in Betty’s Estate. Out of 28 One in five... 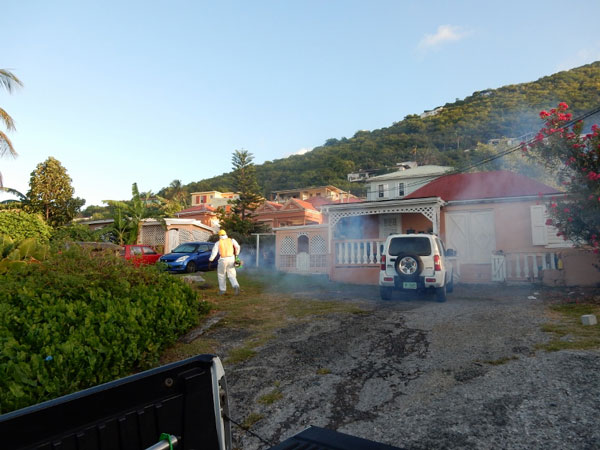 The vector control team and volunteers visited in total 71 +/- premises of which 28 were found open for yard inspections.

A home owner’s survey was also carried out in Betty’s Estate together with the yard inspection in order to determine people’s attitudes towards and knowledge of mosquitos and elimination measures.

The Vector Control Unit of CPS was supported by volunteers from the Red Cross.

The Beat ZikV campaign will be heading on Saturday, September 17 to the residential areas of Ebenezer and St. Peters. The cooperation of all residents is needed in order to beat the Zika virus.

Mosquitoes are one of the deadliest animals in the world. Their ability to carry and spread the disease to humans causes millions of deaths every year.

In 2015 malaria alone caused 438 000 deaths. The worldwide incidence of dengue has risen 30-fold in the past 30 years, and more countries are reporting their first outbreaks of the disease.

Sustained mosquito control efforts are important to prevent outbreaks of these diseases. There are several different types of mosquitoes and some have the ability to carry many different diseases.

The Beat ZikV community program calls for close cooperation of residents within the identified district (s) to ensure a smooth operation of a house to house visits and their availability to create an opportunity to provide one on one education for the elimination of mosquito breeding sites in and around the house.

The ultimate objective is to minimize the occurrence of mosquito-borne diseases by eliminating mosquito breeding sites within the districts with a special focus on the elimination of the Aedes Aegypti mosquito.

Source: St. Martin News Network
71 premises visited in Betty’s Estate. Out of 28 One in five homes with mosquito larvae.