PHILIPSBURG:— Members of the police management namely Commissioner of Police Denise Jacobs seems to be missing in action since she cannot be reached by telephone to give explanations as to why no one is answering the telephones at the Philipsburg Police Station. SMN News reporter tried to reach Jacobs on Monday and Tuesday and on both days she did not respond to her phone calls. Jacobs is currently the Acting Chief of Police while Chief of Police Carl John is off island.
Several persons contacted SMN News over the weekend claiming that they called the Police Station several times on Saturday and no one picked up the phones. One of the persons that spoke to SMN News said that they went to the Police Station after he could not reach the Police by phone. The man said to his surprise that not one police from any of the departments were on the job. He said he met a young woman who was manning the emergency line and she tried to connect him to several persons but no one were in the offices to answer the phone.
According to the gentleman he even asked the woman he met at the Philipsburg Police Station how would they get information if someone spotted escaped prisoner Kathron Fortune aka “Cuchi” who escaped last week from prison guards.
So far the French Gendarmes have issued a wanted bulletin for the escaped prisoner. The gendarmes are trying to enlist the community in their hunt for the prisoner that has been described as armed and dangerous.
However, it appears as though members of KPSM is not doing anything to find the escaped prisoner, some persons have said that members of the Police Force are reacting negatively now that the discussion on the insurance for police officers have been postponed by parliament for the second time, the latest being on Tuesday.
Prison Director searching for sex toys inside the house of detention while prisoners have loaded firearms.
Prison director Edward Rohan is also another department head who cannot be reached for comment on the constant fights and now escaped prisoner. SMN News tried reaching Rohan several times by phone but he too seems to be busy searching the house of detention for sex-toys in order to call a press conference while he is yet to explain how escaped prisoner Kathron Fortune aka “Cuchi” got hold of a loaded firearm.
Last week Minister of Justice Edison Kirindongo said he asked prosecutor’s office to enlist the national detectives in the internal investigation that will determine what exactly transpired on the day of the escape.
On Tuesday SMN News contacted the Minister of Justice for information since no one including the Prosecutor’s Office have been releasing information on the ongoing investigation. Minister Kirindongo said he is not interfering with the investigation and no one updated him either. However, when asked if any of the prison guards that took the prisoner to the Cay Hill clinic have been suspended on placed on inactive duty since there is an ongoing investigation Minister Kirindongo said that he contacted the prison director and was told that no one has been detained or placed on inactive duty.
High Absenteeism at Prison Facility.
A source at the Pointe Blanche prison told SMN News that a number of prison guards are on prolonged sick leave. The source said that the prison is currently undermanned and that some nights only three guards are on duty and since the new director took office he has done nothing to improve the situation at the House of Detention. 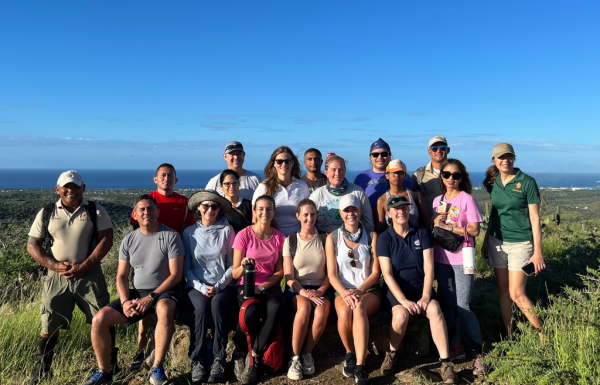 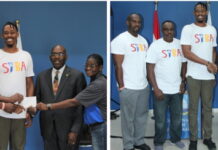