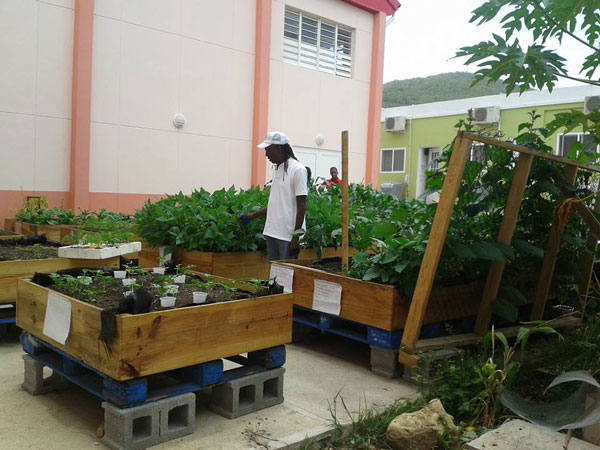 PHILIPSBURG:— News that the new Dutch Ambassador to Cuba Alexandra Valkenburg plans to champion the interest of St. Maarten is being welcomed by the One St. Maarten People Party-OSPP—who while launching their candidate Maurits Joslyn Richardson last week, stressed the importance agriculture must play in the further development of St. Maarten.
According to media reports, last week Ambassador to Cuba Alexandra Valkenburg paid a courtesy visit to the cabinet of the Minister Plenipotentiary to learn about St. Maarten and during that visit she announced her intentions to champion the interests of the island in the areas of agriculture, fishery, water logistics and cooperation tourism.
“This is welcomed news indeed to the OSPP because as we have stated agricultural development must be a part of the future of the island. We have already suggested that at least two agriculture scholarships be made available annually for young people who may have an interest in this field and that agriculture be offered as part of the school curriculum as is done in many of the islands,” OSPP leader Lenny F. Priest said.
“We would welcome the opportunity to meet with the ambassador to find out if there are any special agricultural programs that St. Maarten can benefit from and how to access these and maybe find ways to fund agriculture in schools or introduce better irrigation systems and generally access on behalf of the people of St. Maarten the host of United Nations funded agricultural programs and other programs that the Dutch are willing to finance as part of the development of agriculture locally,” Priest concluded.
Meanwhile OSPP candidate Maurits Joslyn Richardson also welcomed the statement from the ambassador adding “It’s a shame that our government leaders couldn’t see for themselves the need to develop the agricultural sector despite many proposals having been put before them specifically geared at developing that sector. Agriculture can be an important part of the economy and while we may not get to the stage where we are producing enough for export, we certainly can be self-sufficient and grow what we eat,” Richardson explained.
He cited the growing trend of persons wanting to eat healthy organically grown products and believes that having the produce that is sold in the supermarkets and other markets locally be grown locally would instill more confidence in buyers and translate to a regular source of revenue for growers.
The OSPP leader and candidate said they look forward to discussions on growing the agricultural sector locally.