Home Local News Back and forth bickering between NA and UP over Gebe but no...

PHILIPSBURG: — It is the people of St. Maarten who are continuing to suffer while the heated debate over who is most responsible for the current Gebe woes continues between the National Alliance and the United People Party, notes leader of the One St. Maarten People Party Lenny Priest who opined that workable solutions are what the country needs and not “high school antics from elected officials.”

Priest was reacting to recent media statements on the situation at Gebe from the board of the NA who alleged ‘it seems every time that government or government owned companies needs to make a significant purchase some family or friend is involved in some way or the other’ and to statements by the UP alleging that it was the NA who stopped the purchase of the engine needed by Gebe.

“This constant back and forth between the largest political parties over what has happened at Gebe under their tenure with accusations of nepotism and the like levied against each other is in no way a solution to the problem. The people want to know when will this engine(s) needed by Gebe be purchased and more importantly how soon can we expect to see a permanent end to all this load shedding, outages because of fire, etc. that we are beleaguered with and which affects every facet of the community.

“All we have heard so far from our elected officials is constant bickering and apparently everybody is responsible, but no one is proposing solutions. The consumers of Gebe deserve better than high school antics from their elected officials and we call on the government to treat the business of the country seriously,” Priest said in a press release.

The high cost of living, new jobs creation, an apparent surge in criminal activities and the lack of affordable homes are among pertinent matters cited by Priest which also require immediate attention from government along with the continuing concerns at Gebe. The OSPP leader further questions why– given that the company has millions of dollars in surplus and is said to be considering a loan to government—if the money is not an issue why has the needed engine not been purchased to solve the problems being experienced at the power plant?

“Why is it that a government owned company that has millions of dollars in surplus cannot to this day purchase a needed engine that will allow it to provide better service to its consumers? And with all these millions of dollars in surplus, why hasn’t government at the very least instructed Gebe to offer lower rates to the schools on the island instead of them paying the same rates that businesses are paying? Or to use some of that money to install solar panels on all the schools thereby reducing the cost of electricity and saving some money for the schools? If the schools operational cost is minimized these savings could be trickled down to parents in the form of lower school fees. Or what about allowing Gebe to be a responsible cooperate citizen by instituting a program to install solar panels on all the schools. This would result in a tremendous savings to the schools and this savings can once again reduce the school fees. The NA and the UP bread are buttered on both sides so they are not pressed to offer a solution for the ordinary people who continue to suffer while they continue to bicker, but don’t worry because help is on its way,” the OSPP leader promised.

Source: St. Martin News Network
Back and forth bickering between NA and UP over Gebe but no solution in sight.

May 26, 2022
0
PHILIPSBURG:--- Supporter and former Board Member of the United People's Party, Armand Meda has delivered a petition with over one hundred signatures from Party... 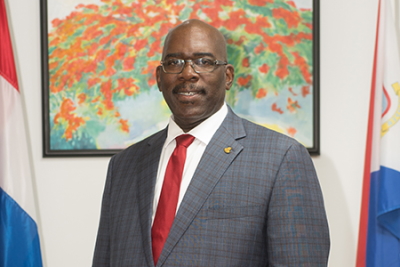 May 26, 2022
0
PHILIPSBURG:--- The Ministry of Education, Culture, Youth and Sport would hereby like to inform the general public about the ongoing drafting of the Special Needs, Inclusive Education Policy.In 2021, the National Recovery Program Bureau (NRPB) solicited the support of...
Read more

May 26, 2022
0
PHILIPSBURG:--- The Ministry of Education, Culture, Youth and Sport would hereby like to inform the general public about the ongoing drafting of the Special...

Council of Ministers approved proposal for 1cent from gasoline towards sports. | SMN... 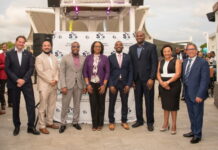