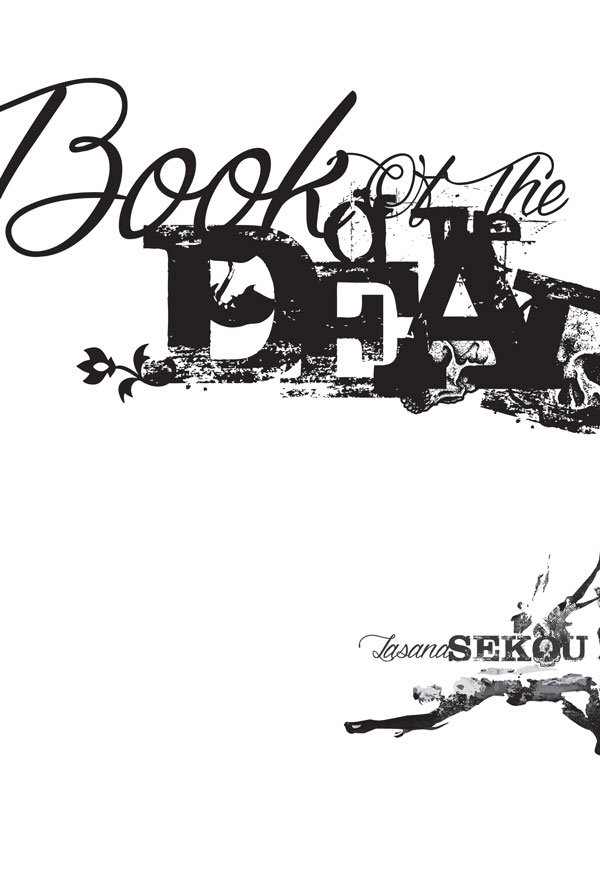 GREAT BAY:— Book of The Dead by Lasana Sekou is “An important new work of world literature, … an ambitious book,” said Xu Xi, the Indonesian-Chinese novelist who works out of Hong Kong and New York.
The just-published poetry collection by the St. Martin writer is also dominated by poems about crime, but King’s College London professor Richard Drayton pointed out primarily that, “Book of the dead risks a new kind of pan-Caribbean poetry.”
“It is not merely that it reaches into the entire region’s space and history. Its verse plays with the whole Caribbean language spectrum: here fragments in Spanish, there across the Afro-English spectrum, to scraps of French, Dutch, Haitian, and Papiamento,” said Drayton.
Sekou’s signature use of multiple language words, terms, and even whole stanzas has practically become his poetry brand for expressing personal and public affairs. In the foreword to Book of The Dead, Xu Xi wrote that, “The poems spin around the travesty of history and return to the mundane reality of our globalized life.”
“Reviewers often look at Lasana’s regional or global contexts, but he’s also writing his nation’s literature,” said Jacqueline Sample of HNP, the book’s publisher.
“I saw men and women wiping their eyes at the book party in June when Lasana read from Book of the Dead about the brutal death of the gentle Patsy Brooks on the garbage dump, in the Great Salt Pond. Add the poem about the murdered baby ‘in the middle of the middle region road,’ or the ‘die by bike’ poem about young boys in French Quarter and Lasana’s newest offering is also as local as you can get,” said Sample.
Drayton got this when he pointed out that, “Sekou weaves a world of Antillean thought around his anchorage in St. Martin.”
What some readers might not get right away is the dry humor in poems like “posing in town,” about a living statues exhibition in Philipsburg, “lil’ s’maatin,” about police cameras at the border, and “my last travels,” about how airport security “will save the world./will save the empire. “It’s just wry to the senses,” said Sample.
Sekou’s slim crime-per-poem volume charts “a journey across very stormy seas—full of challenges and scary seascapes” and “memory,” said Michela Calderaro, a comparative literature scholar from Italy.
There are poems about mass graves, children killing children, and musings about death and duty. Fewer love poems than usual. Poems about fear and nightlife are stripped down to size (even the usual “M.” is stripped from the poet’s name on the book cover).
Some of the poems, like “forensics,” are excruciating in their execution, but “I think they’re all more like signposts. On the journey that Dr. Calderaro mentions in her critique at the 2016 St. Martin Book Fair, Lasana deletes the pit stops,” said Sample.
The journey carries us away without pause, here with “the angel of death” in Gaza, there with a Jewish holocaust reference, and Haitian language text bridging the “reconocido” poem about the racist Dominican Republic law against its Black citizens. Sekou’s “Magno” is assassinated in Curacao and “Tom Hurndall” is “shot to a coma,” a world away. To the poet both heart-wrenching accounts are “crowned in the kingdom of blood” and yet celebratory of the life of each man, said Sample.
Book of The Dead’s mysterious cover design by Angelo Rombley also contrasts and compliments Cozbi Sanchez’s classic line drawings that are found in the book.
Book of The Dead by Lasana Sekou is available at spdbooks.org, Van Dorp, Arnia’s, Philipsburg Jubilee Library, SoIL, and other libraries and bookstores.