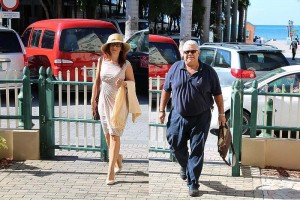 PHILIPSBURG:— The Court of First instance in its verdict delivered on Thursday convicted former Minister of Health Maria Bunacamper Molanus and her husband Claudius Buncamper. The Buncamper’s were convicted for forgery, both were sentenced to 12 months imprisonment which is fully suspended, a probation period of three years, 240 hours of community services or 120 days jail time.

Eco Green director Theodore Walters was acquitted of all charges against him.