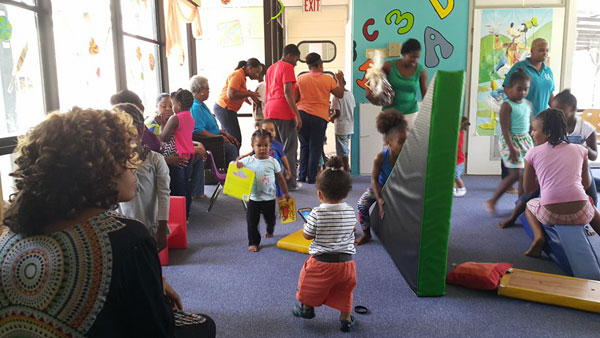 GREAT BAY(DCOMM):— Children who were breastfed are healthier and learn better, according to research that suggests breastfeeding may contribute to aspects of sustainable development, according to information from the Pan American Health Organization (PAHO), Collective Prevention Service (CPS), a department in the Ministry of Public Health, Social Development and Labour, the Department of Labour said on Friday.

The Breastfeeding Committee of the St. Maarten Medical Center (SMMC) will be hosting their second annual Breastfeeding Expo on Saturday, August 27th from 2pm – 7pm.

This year the event will host informational booths from the islands of Saba, St. Eustatius, Anguilla and French St. Martin. CPS and Educare will also be present with booths at the event. Educare foundation will be taking part again this year and will provide information for families who wish to continue providing breast milk for their baby after returning to work.

“Breastfeeding gives children the best start in life, as breast milk provides immunological protection and critical nutrients for brain development. These benefits hold true for all children, whether they’re born in high- or low-income countries or to families that are rich or poor,” said Dr Carissa Etienne, Director of PAHO. “It is in everyone’s interest—babies, mothers, and all of society—to promote breastfeeding.”

The theme of this year’s World Breastfeeding Week (celebrated the first week in August), was “Breastfeeding: A Key to Sustainable Development.”

The campaign highlighted the contribution of breastfeeding to achieving the Sustainable Development Goals (SDGs), approved by the United Nations in September 2015 as a global agenda for action to end poverty, fight inequality and tackle climate change by 2030.

Breastfeeding contributes to SDG 2, “End hunger,” as breast milk provides all the energy and nutrients a baby needs for the first six months of life and a substantial portion through the second year. It can help prevent hunger and undernutrition in young children and obesity later in life.

Breastfeeding also contributes directly to SDG 3, “Good health and well-being,” because breastfeeding significantly improves the health and survival of both babies and mothers. Studies show, for example, that globally:

Improving breastfeeding practices could save over 820,000 lives a year, 87% of them infants under six months of age.

Current rates of breastfeeding prevent an estimated 20,000 deaths among women from breast cancer each year.

Breastfeeding contributes to improved mental and cognitive development, which promotes learning and prepares children for school. In Brazil, children who were breastfed for 12 months or more stayed in school nearly one year longer compared with those who were breastfed less. Globally, the cost of lower cognitive ability associated with lack of breastfeeding amounts to about US$300 billion annually, representing 0.49 percent of global gross national incomes.