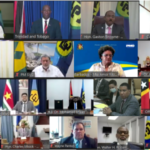 Premier and Minister of Finance, Honourable Andrew A. Fahie welcomes the statement of The Caribbean Community (CARICOM) which outlines the importance of the constitutional role of the British Virgin Islands’ elected Government.
Premier Fahie said, “I am heartened by the solidarity expressed by CARICOM. As the regional body that stands up for democratic values, human rights and the rule of law across the CARIBBEAN and beyond, they want the BVI Constitution to be respected and for self-governance to be upheld and maintained. We will remain engaged with CARICOM and keep them updated on our situation.
CARICOM has issued a statement ...

September 24, 2021
0
PHILIPSBURG:--- A moment of curiosity captured Giovanni Johnson, who went from a delivery driver at SXM beer to now being in the final steps...

September 23, 2021
0
~ A policy is like placing a band-aid over a life sore.~ PHILIPSBURG: --- The distribution of long lease land to voters during an election is a known taboo for politicians on St. Maarten, it is one of the reasons...
Read more

September 23, 2021
0
~ A policy is like placing a band-aid over a life sore.~ PHILIPSBURG: --- The distribution of long lease land to voters during an election... 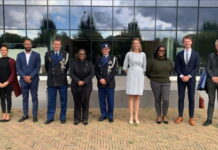 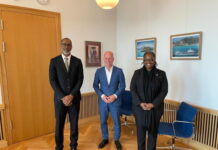