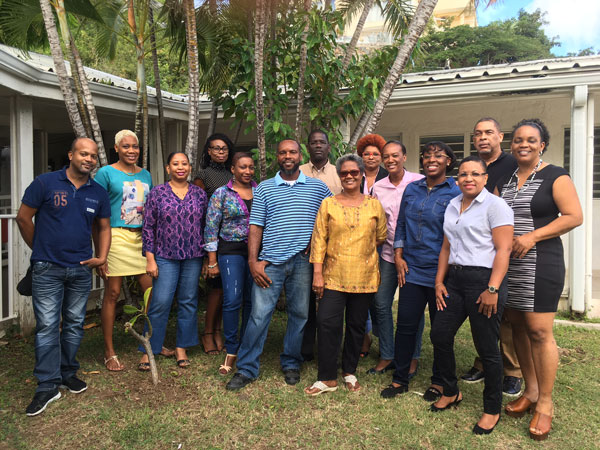 MARIGOT:— The Collectivité of Saint-Martin informs you the census of the population will be done between January 19th and February 25th, 2017.
Every year, the National Institute of statistics and Economical Studies (INSEE) performs the census of the population living in France, in partnership with the Collectivité.
Your home has been selected and you are invited to answer the forms that will be presented to you by a census officer during the above-mentioned period. Our twelve census officers have been recruited and trained by the Collectivité and INSEE. They will present you an official Identity badge and are strictly bound by professional secrecy. They will notify you of the necessary information and provide you with help to fill out the surveys.
This census operation is important for our territory because it will determine the number of people living in Saint-Martin whatever their origin or nationality. This population figures are also useful to define public policies adapted to the territory like collective facilities (schools, retirement homes, etc.), programs for the renovation of neighborhoods, means of transport… In addition, the census also provides statistical information on the age and family composition.
For all these reasons, your participation is essential. It is made mandatory by law, but it is above all a civic duty to fulfill.
President Aline HANSON invits you to give the best welcome to the census officers of the Collectivité.
For more information, please visit the website www.le-recensement-et-moi.fr or contact the census office of the Collectivité (Madam Rosette PAROTTE) at 0590 52 27 30 – Sustainable Development Department located 6 Fort Louis road – Marigot.
The Collectivité thanks you in advance for participating in the census of Saint-Martin.

February 25, 2021
0
Detectives of the Special Unit Robberies are investigating a robbery that took place On Wednesday afternoon February 24th, 2021 at approximately 12.30 pm, on a supermarket located on the Middle Region Road. According to the store employees, who provided a statement...
Read more

February 25, 2021
0
Detectives of the Special Unit Robberies are investigating a robbery that took place On Wednesday afternoon February 24th, 2021 at approximately 12.30 pm, on a...