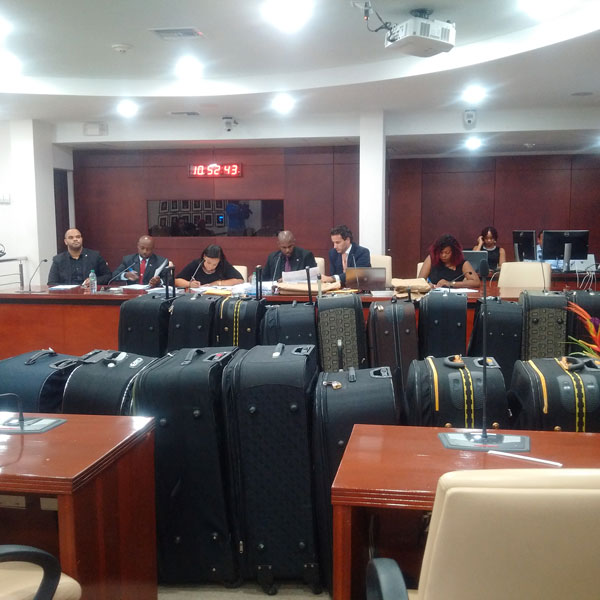 PHILIPSBURG:— The members of the Central Voting Bureau began recounting all ballots casts on Monday, September 26th in the parliamentary elections due to an incident that occurred on election day. Chairman of the main voting bureau Jason Rogers told reporters and the members of the political parties that an incident occurred at one of the polling stations that gave the main voting bureau reasons to take an independent decision to recount the ballots from all polling stations. Rogers said a voter was about to cast her votes at one of the polling stations when the chairman of that voting bureau stopped the voter from voting and told the voter that they could not vote because that person was deregistered from the registry.
Rogers said that even though seven of the political parties requested a recount it was not necessary for them to lecture the voting bureau since a decision was already taken,
On Monday some five districts were recounted, while the CVB will recommence at 9 am on Tuesday to recount the remainder.
During the recount, the CVB found discrepancies were invalid votes were counted as valid votes and valid votes counted as invalid.
As the recounting was taking place live from the parliament building some voters voted for 10 persons on the ballot, some for two while some wrote on the ballots. One voter wrote “I love you Baby” on a ballot where they voted for NA number 2 candidate Silveria Jacobs.