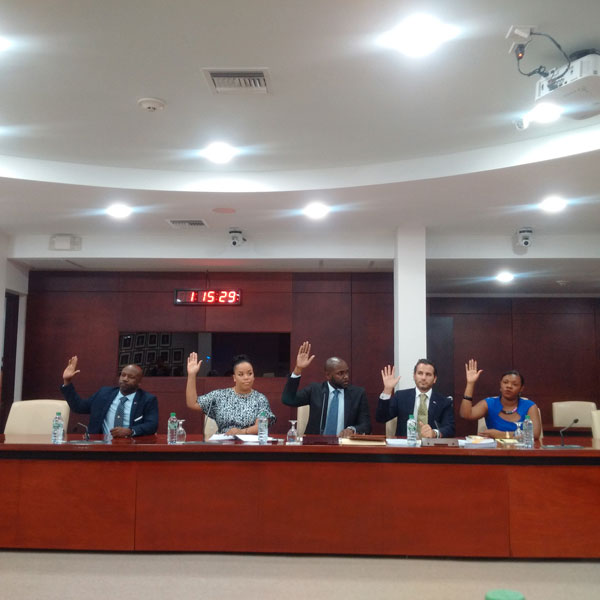 PHILIPSBURG:— The members of the Central Voting Bureau validated the votes that were cast on election day, September 26th, 2016. Chairman of the CVB Jason Rogers told members of the media that after the recount held on October 3rd and 4th, the members of the voting bureau met and found that there is no reason not to validate the votes that were cast.
The amount of votes cast on Election Day is 14,596, valid votes 14211, invalid votes 385.
A number of votes each political party received are as follows:-