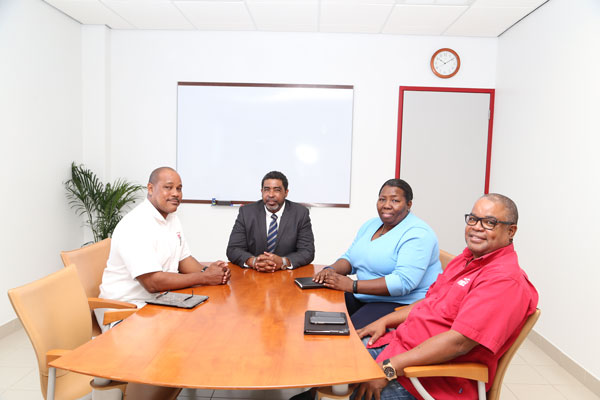 After formal introductions, the CEO and the union briefly discussed some matters the union said has been outstanding for quite a while but had been put aside until the appointment of a Chief Executive Officer for the company.

“I was informed by the union that while some of these outstanding issues have been shelved, some remain that now require my comment and/negotiation, including comment and negotiation on a new Collective Labour Agreement (CLA),” said Mr. Dupersoy.

The CEO was pleased with the outcome of the introductory meeting, noting that from the outset, both union and the CEO are committed to making sure that the employees of the company and the organization itself are successful and will have a sustainable future.

SMCU President, Mr. Ludson Evers, said Thursday’s meeting “went well”, with as much as 80% of what was discussed placing the union and the CEO on the same ground.

“We have made our observations from the meeting and we will be putting them in writing to forward to Mr. Dupersoy, along with one observation about a matter concerning the copper network and its possible operation by Cable TV technicians,” said Mr. Evers.

The SMCU President said the union and board look forward to continuing future meetings with Mr. Dupersoy in this manner.