2015 and 2016 Budgets
For the current year there is a major challenge for Sint Eustatius. The 2014 annual accounts showed a deficit of over USD 0.3 million, and Cft did not deem compensation thereof feasible in 2015. That is why the deficit should be compensated in the current budget year 2016. Also approximately USD 0.2 million which was withdrawn earlier from the general reserves is due for compensation, together amounting to the hefty sum of over USD 0.5 million. Cft is well aware of this predicament. Since the preliminary actual figures of 2015 show a surplus, Cft indicated that this probable positive result can be included in the 2016 budget, thus reducing the compensation load. The Cft has put as a condition that this positive result should be confirmed by the auditor’s report, before it can be absorbed by means of a budget amendment. It is therefore important for the public entity to have it auditors review the 2015 annual accounts as soon as possible.

Financial management
Regarding the financial management improvement plan Cft has learned that meanwhile two process managers have been appointed to coordinate its implementation. During its previous visit the Board has already indicated that this implementation should make a vigorous start as soon as possible. The Cft is confident that after the appointment of both process managers the implementation of the financial management improvement plan will now be picked up energetically. Obviously, it is very important that all parties involved in this give their full cooperation, and that the requisite financial resources are made available. Sufficient execution capacity should also be available on Sint Eustatius. Both deliberations the Cft conducted showed that one of the main problems is that it is tough to fulfill certain key positions. These include the position of Head of Finance and Director of Human Resources. The Finance unit has been struggling for some time with capacity problems. For that reason it was decided to contract an accountant to prepare the annual accounts in 2015 for the public entity.

Liquidity position
The public entity does not have sufficient insight in the liquidity position. This is particularly the case for the resources made available by the Dutch ministries for specific projects, namely the special benefits. In consultation with Cft a solution is worked on in order to gain and maintain more insight in the size of these special benefits. To this end a new bank accountwas opened. In addition, the public entity indicated it will perform an analysis on these special benefits. The results will be included in the annual accounts 2015 and the first implementation report in 2016. 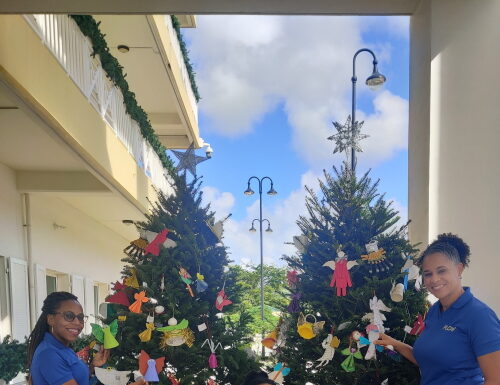 Violence and harassment at work has affected more than one in five people. ...