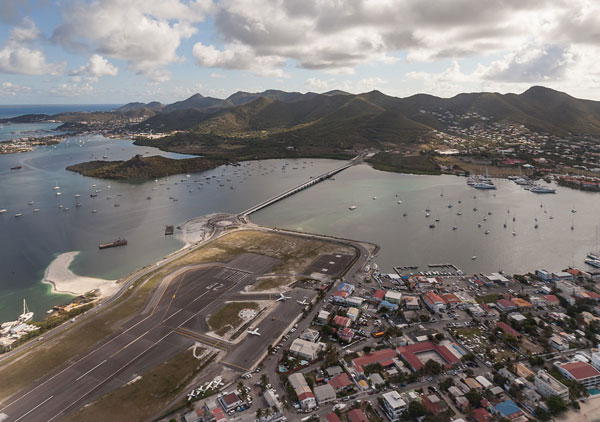 PHILIPSBURG:— Additional information has been provided on the Cole Bay Sewage Treatment Plant collaboration project between the Dutch and French side of the island. Policy Advisors and Support Staff of the Dutch Side Ministries further explained that the main objective of the sewage plant is to terminate all the sewage run-off and discharge points in the lagoon, which is negatively effecting the water quality and the “marine” environment.

Once the sewage plant is established, the process of finally cleaning up the lagoon and putting an end to decades of neglect and contamination, may finally begin.

As for the location of the sewage plant, there are no other alternative locations in the Cole Bay area that comply with the European Union regulations that prohibit a sewage treatment plant being built within 100 meters of any residential area. Cole Bay is an extremely densely populated and urbanized area, with no suitable land that can be used for such a facility.

The design proposal of the sewage treatment plant, which is not yet final, is to blend the plant into the surrounding landscape. From the shoreline or causeway, it will look like an island and the installations will be kept out of sight. Policy Advisors from the Dutch Side Ministries explained that the facility will not spoil the surrounding landscape with the sight of such a facility and the opportunity remains to develop a new piece of nature in the lagoon to mitigate the impact of such a facility. The present eastern shoreline of the Lagoon north of the Causeway will not be disturbed and will be preserved as nature. The artificial island will give us the opportunity to create approximately 400 meters of new nature development along the shoreline of the island and on the island itself thereby creating new habitat for birds, fish and other wildlife.

There is also the intention to construct a pier on this island, which will enable yachts and boats to offload their septic tanks in a pre-treatment facility, thereby reducing the amount of sewage that is released into the lagoon by the Marine industry.

In a Water Quality Research, which was done by the Environmental Protection in the Caribbean (EPIC), the water of the lagoon, the major gutters, streams and pipes were tested. Results of the water tests proved a high degree of sewage pollution, in especially the Cole Bay area, which is very high. The water tests showed a high presence of fecal coliform and enterococci spp., which are good indicators for sewage contamination.

The Policy Advisors and Support Staff of the ministries of both sides of the island will continue their assessments in order to determine the progression of this project.

December 5, 2022
0
PHILIPSBURG: --- An attempt to hack the servers of NV GEBE was made on Monday morning. According to information provided to SMN News at least two computers within NV GEBE received a message that showed that an attack was...
Read more

Violence and harassment at work has affected more than one in five people. ... 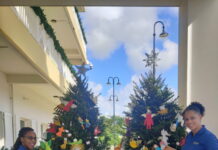