PHILIPSBURG:— The St. Maarten Hospitality & Trade Association (SHTA) took note of the recent arrest in the Immigration Department and applauds this step toward improved accountability. As a young nation, we must find the way to uphold ethics and accountability in ourselves and our fellow citizens. Unfortunately, there are far too few shining examples of proper accountability. This month, in particular, we are overwhelmed with just the opposite.

Simpson Bay Parking
The soft opening of a parking lot that rumors have cost an extraordinary amount of tax dollars; which seemingly has been built solely for the betterment of a lolo that operates illegally. The largely reserved handicap spaces are appreciated at first glance until you look around and see that once parked, a handicapped person has no way to get comfortably off the lot. The attempt at a desperately needed sidewalk breaks to preserve a water meter and a road sign. Visible just beyond the parking lot is the overflowing government garbage bins on the beach which now are more difficult to access so, in essence, they don’t get emptied or not very often.

Philipsburg Dump
The dump burns without even a discussion to resolve the garbage crisis—no one to hold the management company accountable nor the Ministers that awarded a contract to an unqualified entity nor the Politicians that jumped before a proper waste management solution could be materialized. These fires affect the health and future of every single resident, and yet we don’t do anything tangible about it. Petitions and peaceful demonstrations barely get any notice or traction.

St Maarten Tourism
The revelation that our Tourism Minister misled the people again by stating that a North American Rep had been hired when they themselves are not aware of it—and hence nothing continues to be done to market St. Maarten anywhere in the world aside from band-aid measures put together by SHTA.

GEBE
Simultaneously, to the fires, our lone power generation company suffers not one but two major failures. The replacement generator not ordered in time, the cost of utility exorbitant for the quality of the service, stockpiling funds with no plan of equipment replacement. Bringing the country to its knees for days on end. Funnily enough just after celebrating our namesake holiday—a day of pride in our homeland. These prolonged outages, for many of us off at the office during working hours, then off at home during home hours. Reducing total productivity by at least 50%! No one does the math to extrapolate that to GDP, tax revenue, lost tourism revenue all brought on by blatant mismanagement of resources both human and financial. The people are told, that they don’t need to be notified they must trust that GEBE is doing everything possible to alleviate the situation. That’s a lark, as it seems Gebe is doing everything possible except to prepare properly for avoiding it in the first place. It makes one wonder how the meter readers, who are out in force today, will be abused. Again, there is no one to call them to task, no one to demand that this doesn’t happen again; no one to replace all the damaged equipment, all the lost food, and the lost business and reputation. Even the demand of the Minister for renewable energy plan within 90 days has long since passed. Out of sight out of mind.

Perhaps we could hold SZV accountable for the lost productivity caused by GEBE by requesting our employees are stamped out for 3 days by their family Doctors in order to recoup salary costs; but is that ethical? Do we hold ourselves to a higher standard than those performing vital and expensive services around us?

Ransomware Shuts down Government
Do we even know if the ransom was paid if our countries data was lost? How many false tax assessments were reopened because they had to restore from backup days perhaps months prior? How could our government infrastructure fall victim to such a crippling attack? Who is responsible for safeguarding our information? Who pays for the lost productivity of Government? Was the timing a coincidence? Do we surety that it won’t happen again?

St. Maarten Financial Status
No budget for 2017 and no approved national accounts since 2011. Only devastating reports from the Audit Chamber and CFT. A substantial tax increase in the form of National Health Insurance looming on the horizon. No publicly available Financials for Government owned companies, even though it is a requirement by law to file them at the Chamber, speaking of Chamber why aren’t they enforcing this regulation?

Yet Another Coalition
Regardless of what political spectrum you are on, the news of yet another coalition was disheartening. A coalition of 3 parties, none of whom can hold it together on their own, is only as strong as its weakest link. We can hope that they will place Country above Self and find the most qualified individual to Govern and then hope that those persons have no complaints right, wrong or indifferent filed with the Prosecutor. All parties ran stating that they agreed the instability is hurting our Country, yet 2 months after an election they appear to need to be reminded of that concern; and next to a new coalition?

What do we do?
What is the long-term solution to this complacency, lack of accountability and overwhelming incompetence? The herd mentality of “that it has happened so we have to live with it”. Our population is made up of people from many different cultures, many of whom state outright that if this happened where they come from there would be strikes and protests on the street. Just across our border, we’ve seen it happen time and again; but not in Dutch St. Maarten. We certainly do not advocate civil disobedience but we wonder just what will turn this around before it is too late.

The SHTA, the largest business representative on the island, is dedicated to bringing quality to all aspects of life on St. Maarten by promoting sustainable economic development for its members in cooperation with the social partners and the creation of a fair marketplace. For more information, please contact the SHTA office: 542-0108, e-mail office@shta.com or visit www.shta.com. 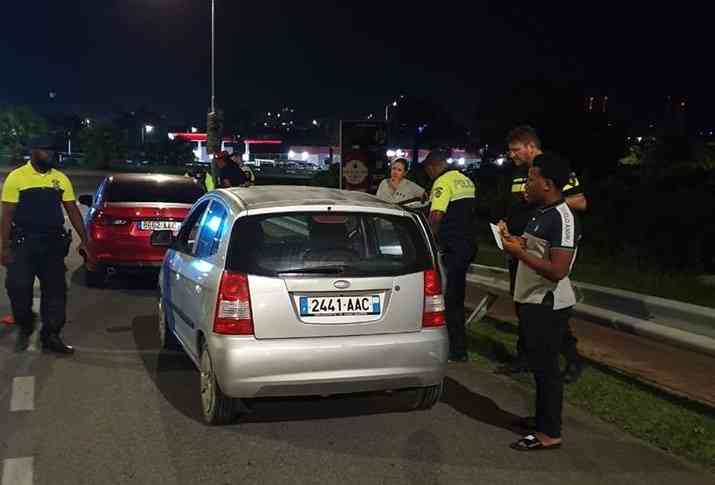 February 22, 2020
0
PHILIPSBURG:--- In an effort to reduce the upward trend of car theft on the island, the Sint Maarten Police Force in collaboration with the...

CPS: Early detection of many cancers have a high chance of cure. | SMN News

February 22, 2020
0
PHILIPSBURG (DCOMM):--- According to the World Health Organization (WHO), cancer should not be a death sentence for anyone, anywhere. Cancer is a generic term for a large group of diseases that can affect any part of the body. It...
Read more

February 22, 2020
0
PHILIPSBURG (DCOMM):--- According to the World Health Organization (WHO), cancer should not be a death sentence for anyone, anywhere. Cancer is a generic term...

February 22, 2020
0
The Bottom SABA:--- The Board of financial supervision Bonaire, Sint Eustatius and Saba (Cft) observe that the budget and accountability process and financial management...

February 22, 2020
0
The Bottom SABA:--- The Board of financial supervision Bonaire, Sint Eustatius and Saba (Cft) observe that the budget and accountability process and financial management...

February 21, 2020
0
José Antonio Oliveros Febres-Cordero, owner of the Active Bank of Venezuela has been the focus of judicial investigations for the alleged commission of crimes...

February 21, 2020
0
José Antonio Oliveros Febres-Cordero, owner of the Active Bank of Venezuela has been the focus of judicial investigations for the alleged commission of crimes...

The World Bank paper at the centre of a controversy. |...

February 21, 2020
0
Newsletter info ( https://www.ft.com/content/ad264511-9603-4651-9b73-cc5ef469dfe3) The financial institution responsible for development aid to the poorest countries has tried to censor an internal publication with thunderous conclusions. "Misappropriation...

The World Bank paper at the centre of a controversy. |...

Plenary Public session of Parliament about the current situation with regards...