Home St. Martin News Network Corruption is not my culture, Don’t let it be yours. 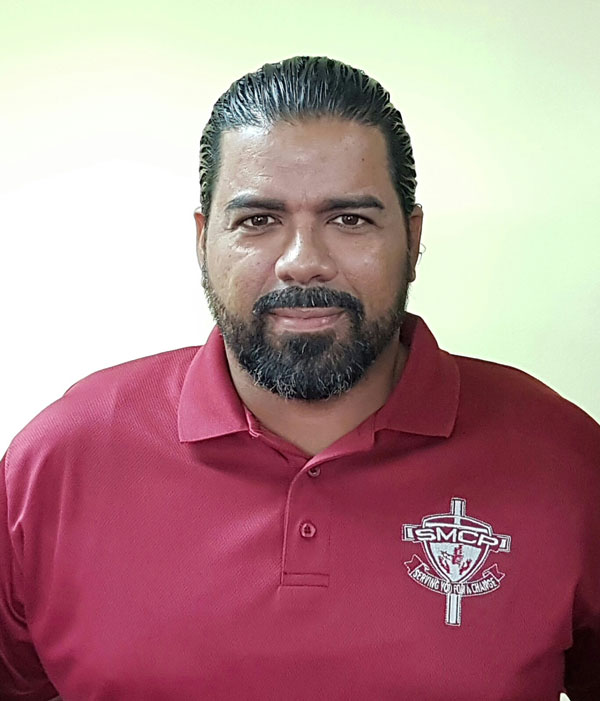 PHILIPSBURG:—- Candidate on the SMCP list Claude Chacho Peterson shared his views on his person in the article below is the full text from Peterson.
I would like to take this opportunity to thank everyone so far that have sent there best wishes via Facebook, whatsapp, cell and in person. This will not be an easy journey, but I am ENERGIZED by the positive support and the Prayers for my candidacy.
A few weeks ago I was approached by Pastor Wycliffe Smith and Mr. Peter J. Gittens about the situation on our island and the upcoming election. Two men I did not know up to that point. My first question to them, and I believe the question on the people’s mind since the St. Maarten Christian Party (SMCP) came on the scene: Is SMCP a CHURCH PARTY?
The answer was that SMCP was a party founded on Christian principles such as INTEGRITY, ETHICS, HONESTY, TRANSPARENCY, LOYALTY, JUSTICE AND MORAL VALUES.
This resonated greatly with me since those are the same principles that were instilled in me my entire life by my Grandparents, Parents, my family and the entire village of persons who had a hand in shaping the man I am today. A man who values his INTEGRITY above all else.

After a few long meetings in which it was very important for them to understand who I am and after debating the current issues affecting our island, and possible solutions, I felt this party would be a good movement to effect change for our country and its people.
With that in mind I decided not only to lend my support to the party but ultimately to run as a candidate on their list.

As a teen, I always felt a passion for politics and humanity in general. I was raised in a family where politics on a local and world stage was part of my daily life. Discussing and debating life issues were always the topics of conversation around our meals.
As I developed my own identity, I have always engaged persons in debates on the issues plaguing our people. In the process I have learned a lot from many persons and I have also tried to enlighten as many people on the issues and the solutions.

Over the years, particularly the past couple years, since I have spread my views to a wider audience via my Facebook page and social media, I have had many persons ask me when I would take up the challenge to get involved in politics.

My intentions was not to run but I had already made up my mind since 2014 that I would definitely be engaged in the 2018 elections. For the first time on the Dutch side, I would openly support and back a candidate.
I actually had one of the present elected MPs in mind who I felt demonstrated a desire to help the people. I actually spent some months as part of a good team of persons advising him on issues affecting St. Maarten. To my great surprise the fall of government changed a lot.
It became very evident to me, that as long as any well meaning individual decided to become part of the old political party structure, eventually they would become conflicted and lose their ability to effect change while being surrounded by sharks.
For this reason, I feel it is time for me to try to help my country by making the personal sacrifices to put country above self.

I would like to ask the people of St. Maarten to realize that since we have achieved “Country Status” on 10-10-10, each and every one of the established parties have had the opportunity to elevate this island. We have had coalitions of all colors and combinations, and yet we have seen 5 governments in 6 years. Ship jumping has become our national political sport and our people have lost all confidence in their government’s ability to provide a stable environment for them to prosper. Our people are suffering in silence and have lost one of the most essential attributes to living a good life which is our ability to be HOPEFUL. Without hope a person loses their ability to care and to strive for a better future. Nepotism and corruption have become the order of the day and have managed to affect all levels of our society.

In parliament we have seen legislators resort to childish antics, and demonstrate an inability to work together towards a better future for St. Maarten.
I believe it is important for the people to realize that we no longer have an Island council, where members were limited on many levels, mostly if part of the opposition. We now have a Parliamentary system where 15 persons elected by the people, have the ultimate power to decide the direction of this island and the future of its citizens. They are the ones responsible for the overall “QUALITY OF LIFE” we deserve as people.

It is time every citizen take responsibility for their role in who represents them in parliament. After all, we elect the 15 parliamentarians and they are a reflection of the people.
In St. Maarten it is very important that we remember these words: THE INTEGRITY OF THE MESSENGER IS MORE IMPORTANT THAN THE CONTENT OF THE MESSAGE. WITHOUT INTEGRITY THE MESSAGE LOSES ITS VALUE.

As a people we can no longer blame Curacao or the Netherlands Antilles structure. We can no longer blame Holland for our shortcomings and propensity for corruption. It is time we live up to the responsibilities of the autonomy trusted upon us since 10-10-10. THE BUCK NOW STOPS WITH US.

As a new candidate on the SMCP, I will ask the people to see September 26, 2016 elections as the day to show the world that we as a people can rise above vote buying, bribery, corruption and greed. It is time we regain our position as a shining example to the Caribbean and the World. We can no longer accept to be a safe haven for corrupt investors while we end up on international blacklists. Ultimately this destroys our image on the world stage, not only as an island but more importantly as St. Maarten people. People, once known for our friendliness, unity, honesty, ambition and hard work.

This election will be the time for every citizen on this island to ask themselves: Do I want to be part of the solution or continue being part of the destruction?

To the Millennials and to my generation, I will say, now is the time to STAND UP and seize the opportunity to build a modern society where a person’s education and qualifications are not trumped by others political affiliations. One should not have to compromise their integrity and morals values in order to be successful in St. Maarten.

To the older generations and in particular pensioners, I will say it is time you pass the torch to the next generation of leaders who will secure the quality of life you have earned. Allow them to honor you for the work you have contributed to our St. Maarten Land. It is time you are allowed to live out your golden years in dignity and peace.

In the next coming weeks, the SMCP will seek to provide you with our vision towards a better and prosperous St. Maarten for all. We trust that you will take the time to listen and interact with us. Become part of SERVING 4 CHANGE!!!!

Source: St. Martin News Network
Corruption is not my culture, Don’t let it be yours.