Home Local News Council of Ministers and staff started to move over to new Government... 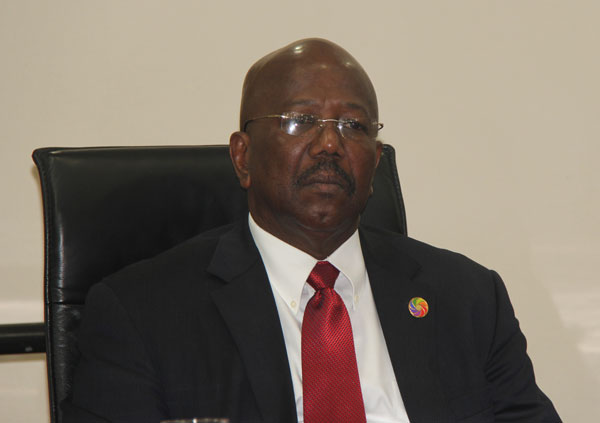 Marlin said the moving started on Tuesday night and on Wednesday civil servants were busy packing up to move over to the New Government Building on Pond Island. He said the first sets of the people that are moving is the Council of Ministers.

TELEM and UTS to merge – Telem to own 60%, UTS 40%
The Prime Minister also announced that the unions and other persons expressed concerns about the sale of TELEM. He said back then he stopped the process by contacting the management of TELEM to put a halt on the negotiations and to look for a strategic partner. He said for some time now TELEM and UTS (Eastern Caribbean) St. Maarten have been discussing for them to come together by merging in order to operate and one strong local telecommunication on St. Maarten.

Marlin said that the complaints from customers are paramount, one being calls are being dropped, lack of connection. The Prime Minister besides that customers have been complaining about the high cost for internet on the Dutch side when compared to other islands including the French side, he said this is something that they have been looking at especially since other islands and the French side is offering cheaper rates for the internet and even offering more megabytes.

Marlin said the agreement that has been made now is for TELEM and UTS to merge, whereby TELEM will own 60% of the shares and UTS SXM 40%. Marlin said when the process is completed then they would look to see if it is necessary to bring in foreign partners, or if the two companies would be able to offer St. Maarten better and cheaper services after the merging. He said right now the two companies are competing against each other for a very small market.

Marlin also announced on Wednesday that he received a positive advice from the Corporate Governance Council to appoint three persons to the board of TELEM which he said when done will complete and fill all the seats on TELEM board. Marlin said he is not sure if the documentation will be completed for Thursday’s COM meeting now that they are in the process of moving but if that it is not possible for Thursday then it will be the first thing that will be completed after the elections on Monday.