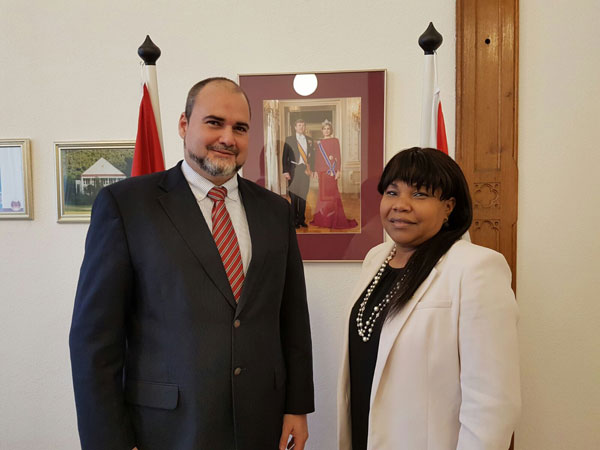 PHILIPSBURG:— The Minister Plenipotentiary, H.E. Mrs. H. Doran York on Thursday, January 19h, 2017. received an official visit from Mr. Chris Johnson, the Representative of the Netherlands for Sint Maarten.
The purpose of this visit was first and foremost to officially introduce himself to the Minister as the appointed Representative to Philipsburg and to further discuss possible areas of cooperation.
Through his office on Sint Maarten and directly with the Minister Plenipotentiary the lines of communication will remain open to discussing any developments or changes which will have direct impact on or benefit the island of Sint Maarten.
Minister Plenipotentiary Doran-York deemed the visit as haven been very informative where ideas in areas of cooperation were exchanged between herself and Mr. Johnson.

July 28, 2021
0
PHILIPSBURG:— Over the past 24 months, the Ministry of Public Housing, Spatial Planning, Environment and Infrastructure (VROMI) has obtained several pieces of heavy equipment...

Kick off of football clinic for boys and girls. | SMN NEWS