CPS says the objective of the awareness week is to bring the Region together to stop the spread of Zika and protect regional communities against other diseases spread by the Aedes aegypti mosquito including Dengue and Chikungunya.
At the 17th meeting of the Caribbean Community (CARICOM) Heads of Government in November 2014, the Heads approved a proposal submitted for the establishment of an annual “Caribbean Mosquito Awareness Week”.
With the emergence of Zika virus (ZIKV) in the Region, the islands now face a significant new health and economic security threat, particularly as most of the countries and territories are dependent on tourism. The likelihood of a rapid spread of ZIKV throughout the Caribbean region is high due to: the presence and high infestation levels of the Aedes aegypti vector in all countries; the lack of immunity in the Caribbean populations to ZIKV; and frequent travel between countries with ZIKV circulation confirmed and those which are still deemed free of ZIKV.
The main objective of the Mosquito Awareness Week is to strengthen existing initiatives and mobilize the public to take action in eliminating mosquito breeding sites in public and private places.
Caribbean Mosquito Awareness Week, the first of its kind in the Americas, is a joint collaboration between CARPHA, the Pan American Health Organization (PAHO) and CARICOM, during the second week of May.
CPS once again as it has done on a monthly basis, is reminding the Sint Maarten population to take measures to eliminate mosquito breeding sites. There are two types of mosquito’s on the island, the Aedes aegypti, and the nuisance mosquito.
Mosquito-borne diseases such as those mentioned earlier are transmitted by the female vector Aedes aegypti mosquito. The Aedes aegypti mosquito is distinguished by its markings. The body of the mosquito has alternate black and white horizontal stripes. The Aedes aegypti mosquito lays her eggs in clear (clean) stagnant water. Within eight days the mosquito can complete its life cycle from egg, to larvae to pupae and to adult mosquito.

If persons are diagnosed with Zika, Dengue or Chikungunya, they should call CPS to ensure follow up so the vector assistant controllers can inspect your surroundings once the correct address, location venue is provided. The team will give information on prevention.
Sint Maarten’s confirmed cases are incrementally rising, and this rise can be influenced with all in the community collaborating in regards to eliminating mosquito breeding sites.
Persons with open lots with overgrown vegetation need to have these cleaned; persons with unused pools with water, have the pools covered properly or pump the water out; persons with boats on land should have them covered properly or turn over to avoid it becoming a breeding site and endangering the community; persons with drums catching water should have these covered properly and check regularly to make sure there are no mosquito’s breeding inside; persons with buckets, containers, wheel barrows, toys in the yard or surroundings, should have these turned over and double check weekly for mosquito breeding.
As a community we have to be vigilant as it relates to eliminating mosquitoes and stop the further spread of mosquito borne diseases, and this can only happen with community vigilance and action.
CPS is also calling on the community as well as visitors to wear light colored clothing at dusk; long sleeve shirts and pants; and use mosquito repellent to prevent being bitten by a mosquito that could possibly be carrying Dengue, Zika or Chikungunya.
An increase in the mosquito population puts residents and visitors at risk. For information about Dengue fever, Zika and Chikungunya prevention measures, you can call CPS 542-2078 or 542-3003 or the emergency number 550-2255 to report mosquito breeding sites.

October 4, 2022
0
PHILIPSBURG (DCOMM):---  The country has been experiencing some rainfall events since last week. The Collective Prevention Services (CPS) is calling on residents to... 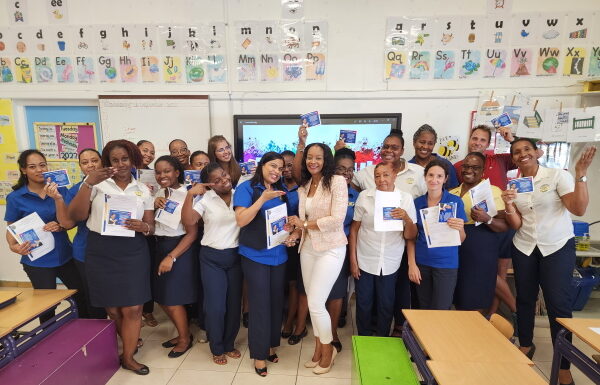 October 4, 2022
0
~Teams up with local businesses to show teacher appreciation~ PHILIPSBURG:--- In commemoration of World Teacher’s Day on October 5th, 2022, MP Angelique J.G. Romou via the Raise Your Voice Foundation joined together with the local business community to love our...
Read more

The Entrepreneur in Me: The Basics of Starting a Business. | SMN NEWS 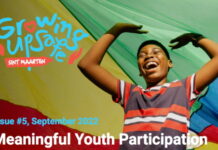 Youth Participation at the forefront of new edition of Growing Up Safe St. Maarten...

October 4, 2022
0
PHILIPSBURG:---  A new issue of the ‘Growing Up Safe Sint Maarten’ (GUSS) magazine has been launched online. The 5th edition puts a special focus...

October 4, 2022
0
PHILIPSBURG:---  A new issue of the ‘Growing Up Safe Sint Maarten’ (GUSS) magazine has been launched online. The 5th edition puts a special focus...