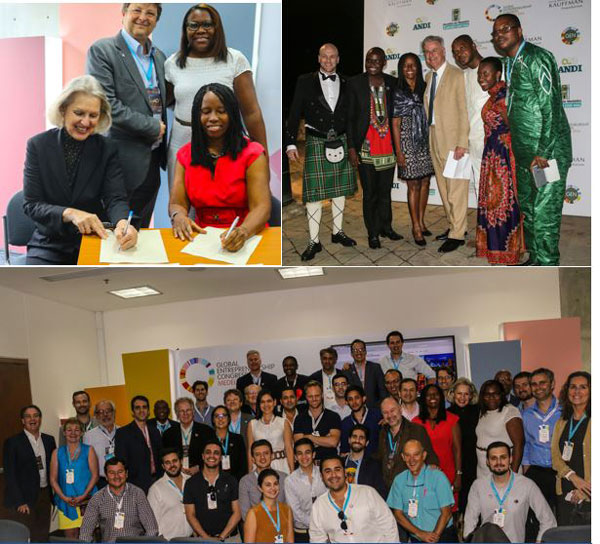 Impressive performance of Curaçao at the Global Entrepreneurship Congress in Medellín

With the signing of this agreement between EBAN and the Curaçao representation, for the first time starting March 16th, 2016, Curaçao has established an Angel Business Network in the Caribbean. This agreement comprises all 33 islands in the Caribbean region. Consequently, Curaçao has become the latest leader of large areas that already constitute the headquarters of these organizations. EBAN has headquarters in areas such as America, the Middle East and Europe. Soon the Caribbean Business Angel Network will provide more information pertaining to the content of the agreement and the way in which the private sector, the public sector, but most importantly local businesses and entrepreneurs can benefit from the role Curaçao has taken on. It will also determine how the rest of the Caribbean will be guided based on the Curacao leadership.

These 162 countries represent all regions and continents of the world. In addition to distant countries like Kenya, Sierra Leone, Ghana, Vietnam, Indonesia, Australia, Kosovo, The Netherlands, Ireland and Germany, there are other nations situated nearer such as Canada, Brazil, Argentina, Bolivia, Panama, Mexico, Jamaica and Venezuela. Curacao and Bonaire also participated with one delegation. Curaçao stood out again after it was nominated as one of the new countries that have undertaken interesting and innovative activities in 2015.

On the third day Curaçao again excelled, as the representative of the Kauffman Foundation and co-founder of among others companies such as Booking.com launched a contest in a congress hall filled with more than 2,000 participants. Elgenia Pieternella from Curaçao won the prize: two round trip tickets to one of the destinations of the “Viva Colombia” airline. The Colombian press picked up on this news.