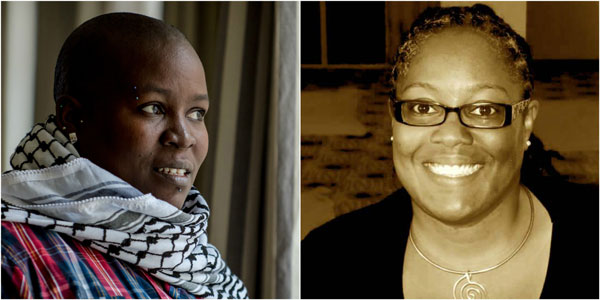 CASTRIES:—The Eastern Caribbean Alliance for Diversity and Equality (ECADE) stands with other hu- man rights and lesbian, gay, bi-sexual and transgender (LGBT) organisations in mourning the loss of life that occurred in Orlando early Sunday morning. The Directors of ECADE extends condolences and com- fort to the families and friends of the 49 victims slain at the LGBT nightclub, Pulse and also to Caribbean LGBT people and allies personally impacted by the attack.

“For many of us, the tragedy which unfolded at Pulse struck a chord, because we realise how easily it could have occurred anywhere throughout the region and/or world, given the rampant stigma and discrim- ination still directed at LGBT persons and lack of protections for LGBT people in many countries. The fact that this gunman struck persons in a place where they felt safe is especially appalling, given that there have, historically, been so few spaces where LGBT persons could feel free to express themselves exactly as they are,” says Director Joan Didier.

Lysanne Charles of St. Martin says the fact that this did not occur at a pride march or to activists in the field, but to young people out having a good time was meant to undermine the momentum of the move- ment worldwide, but that LGBT persons should not become intimidated by these acts of violence. She says that the purpose of terrorism and hate-crimes are to instil fear and/or hatred into people and create divides, regardless of the group targeted, but that ECADE was urging LGBT persons and organisations not to succumb to fear or allow this tragedy to allow them to become divided from or hateful towards oth- ers. Instead she encouraged them continue the work they had been doing across the region and living their lives as authentically as they could, embracing all who embraced them and dialoguing with those willing to have conversations for progress.

Horrified and saddened is how Director Kenita Placide describes her reaction to the outpouring of homo- phobic and anti-gay rhetoric on various media and social media platforms throughout the Caribbean; in- cluding from government officials and religious persons.

“ECADE encourages all persons to be vigilant about their words and actions across the region in the coming weeks. Events like Orlando do not just happen, but are fostered by environments that are hostile to a particular group of people; in this case LGBT. We have to remember that the 49 people who lost their lives in Pulse were human beings and that LGBT people across the Caribbean are human beings. When we reduce people to only parts of themselves we strip them of their humanity and feed into emotions which can lead to acts of violence like the one at Pulse,” Placide says.

While an event like Pulse should never happen in the region, LGBT persons already face a great deal of challenges across the Caribbean, including emotional, mental and physical violence, states Rene Holder of Barbados, urging regional government and religious leaders to address the cultures that lead to this.

Grenada’s Hayden Bethelmy says that he is extremely proud of the LGBT people and allies who have stood up against those who would use this opportunity to further bully and disrespect LGBT persons, not- ing “The expressions of support have been powerful to witness. It is demonstrative of the fact that while we still have a long way to go, we have also come far. Words of comfort and encouragement have come from many places in the Caribbean where we would not have expected it before and we thank those peo- ple for standing up for themselves and in the case of allies for LGBT people and human rights activists.”

However he did note that there has been a particular silence from governments and government officials across the region concerning the heartbreaking occurrence and urged them to address both Orlando and their communities on this matter. “It is customary for our governments and leaders to sympathise with other countries and communities in times of devastation, this time should be no different. The fact only a handful of government leaders have extended condolences to the United States or Orlando in the wake of the murders at Pulse is not acceptable. This demonstrates a lack of maturity on the issue of human rights for LGBT people and absence of compassion for vulnerable peoples,” Bethelmy says.

Regional activists are urged to continue to work diligently, both locally and regionally, towards full emanci- pation for and empowerment of LGBT people in honour and memory of not only those slain in Orlando, but in countries across the Caribbean. “Audre Lorde said it best when she said, to paraphrase, ‘we are deliberate and afraid of nothing’, for ECADE and other activist organizations around the region, the work continues. Stay the course, equality must be ours,” Charles concludes.