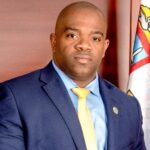 PHILIPSBURG:— Independent Member of Parliament Christophe Emmanuel on Friday said that Prime Minister Silveria Jacobs illegally suspended Director of the Princess Juliana International Airport (PJIAH) holding board Dexter Doncher and in the process violated the same corporate governance rules that she used to suspend him.
The MP explained that the Prime Minister sent Doncher a letter notifying him of his suspension at 10:00 pm on Wednesday, May 12. The letter was signed by the Prime Minister and outlined corporate governance infractions allegedly committed by Doncher.

However, the articles of the holding company indicate that Doncher’s suspension should have been discussed ...