PHILIPSBURG:—S.M. and his company Energizer N.V. appeared in the Joint Court of Justice on Tuesday, December 13, 2016 for the criminal proceedings in their case. S.M was sentenced in 2015, to 24 months in jail 18 of which suspended, a 3-year probation period and 240 hours of community service. His company Energizer was sentenced to pay Naf. 4.5 million in back taxes. The Solicitor-General asked for a punishment equal to the verdict the Court of First Instance handed down in 2015. The Joint Court of Justice will give its verdict on January 12, 2017.

September 22, 2020
0
PHILIPSBURG:--- The Permanent Committee of Kingdom Affairs and Inter-Parliamentary Relations (CKAIR), will meet on September 23, 2020. The Committee meeting is scheduled for Wednesday at...

Public meeting of Parliament about advice regarding the installation and composition of the Permanent and Ad hoc Committees and the Committees of the Latin American Parliament (Parlatino) | SMN...

September 22, 2020
0
PHILIPSBURG:---The House of Parliament will sit in a Public meeting on Wednesday, September 23, 2020. The Public meeting is scheduled for 14.00 hrs. and will be held in a virtual setting. The agenda points are: 1. Advice regarding the...
Read more

Public meeting of Parliament about advice regarding the installation and composition...

September 22, 2020
0
PHILIPSBURG:--- The President and various members of the Sint Maarten Lions Club were on hand in Madame Estate for the official hand over of... 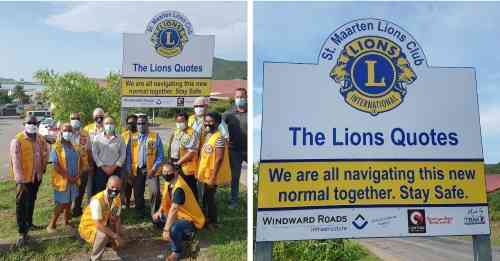 September 22, 2020
0
PHILIPSBURG:--- The President and various members of the Sint Maarten Lions Club were on hand in Madame Estate for the official hand over of...

Public meeting of Parliament about advice regarding the installation and composition...

Cabinet of Justice Staff Member Recovering From COVID-19 at Home. |...

Central Committee meeting of Parliament about advice regarding the installation and...